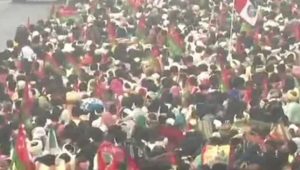 Thousands of farmers and tribals under Lok Sangharsh Morcha’s banner continued their march for the second day on Thursday towards Azad Maidan in Mumbai. The farmers are protesting against state government and have a charter of demands which include loan waiver and land ownership.

Farmers from across Maharashtra, who began their march on Tuesday, reached Byculla Bridge in the city on Thursday morning.

They are scheduled to meet Chief Minister Devendra Fadnavis  to put forth their demands.

Their demands include implementation of the Swaminathan Committee Report, transfer of forest rights to tribals under the Forest Rights Act (FRA), minimum support price and setting up of a judicial system to ensure its implementation, complete farm loan waiver and drought compensation of Rs 50,000 per acre for non-irrigated land and Rs 1 lakh per acre for irrigated land and other issues.

The Aam Aadmi Party in Maharashtra had extended its support to the farmers.

This is third mass protest by farmers in Maharashtra this year. Earlier in March, thousands of farmers under the banner of All India Kisan Sabha carried out a protest march to press for their demands. 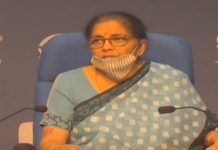 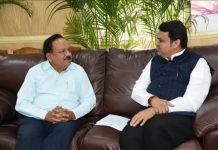