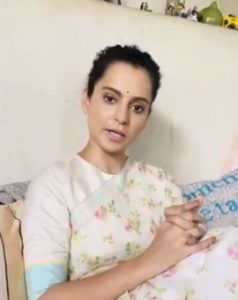 On the orders of Bandra Magistrate Metropolitan Court, Mumbai police registered an FIR (first information report) on Saturday against Bollywood actor Kangana Ranaut and her sister Rangoli Chandel for allegedly creating religious disharmony between communities through her tweets.

The court ordered an FIR based on a complaint filed by the casting director and fitness trainer Munnawarali Sayyed. Bandra Police registered the FIR under sections 153A (Promoting enmity between different groups on grounds of religion, race, etc.), 295A (deliberate acts hurting religious sentiments) and 124-A (sedition).

In his complaint, Sayyed said the real motive behind these tweets should be investigated.

The court order comes at a time when Kangana is engaged in a battle with the Brihanmumbai Municipal Corporation and Maharashtra government.