Prime Minister Narendra Modi on Saturday will inaugurate the new building for National Museum of Indian Cinema in Mumbai.

He will visit the National Museum and address the gathering.

The National Museum of Indian Cinema has been set up to showcase the rich cinematic history of India as well as to encapsulate socio-cultural history of India as revealed through evolution of Cinema. It will take the visitors through an absorbing journey of more than a century of Indian Cinema in a story telling mode with the help of visuals and graphics, film clippings, artifacts, publicity materials, interactive exhibits and many more.

Located at Films Division Complex in South Mumbai, it is spread over two buildings, in the historic Gulshan Mahal and New Museum Building. 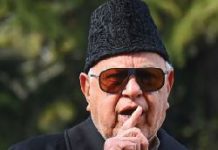