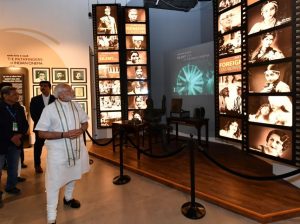 In his address, PM Modi said that the National Museum of Indian Cinema will provide a wonderful opportunity for the younger generation to understand and learn about Indian cinema. He added that the Museum will have detailed information about the history of the Indian entertainment industry, along with tales of struggles of various film personalities.

Stating that film and society are a reflection of each other, Modi said that whatever happens in the society are reflected by the movies on the screen while the images from the films are also mirrored in the society.

Talking about trends he said, there are many films now which depict both the problem and the solution which is a positive sign as compared to earlier years when only the helplessness was displayed.

PM Modi said that India is now confident of finding its own solutions to the problems it faces and this he said is a sign of a New India which is confident and capable of taking issues head on and resolving them.

Prime Minister Modi in his address highlighted the global reach of Indian Cinema. In this context, he mentioned his interaction with various global leaders who can even sing Indian songs.

He extended best wishes to the film fraternity for creating the characters that have captured the imaginations of young generations. He said that due to the global appeal of such characters, India’s youngsters are now not just fans of Batman, but also of Bahubali.

PM Modi said that the Indian Cinema has a big role in enhancing India’s soft power, its credibility and building Brand India across the world. He said that through Cinema important social issues such as sanitation, women empowerment, sports etc are now reaching to people. Cinema plays an important role in nation Building and strengthens the feeling of Ek Bharat Shrestha Bharat. PM said that the film Industry has a huge potential of contributing to the growth of Tourism in the country.

He mentioned that Government is working to provide the facility of ‘Ease of Filming’ by putting in place a Single Window Clearance system, for Film Shooting approvals in different parts of the country. Prime Minister said Government is working on amending Cinematograph Act 1952 to check the problem of Film Piracy.

PM said Government is also working towards setting up a National Centre for Excellence for Animation, Visual Effects, Gaming and Comics.  Modi said that a fully dedicated university for Communication and Entertainment is a need of the hour and urged Film personalities to suggest and contribute on this. He also suggested the idea of Global Film Summit similar to Davos Summit which would focus on the expansion of the market for Indian Cinema. 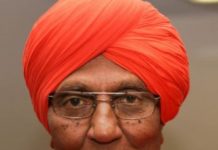