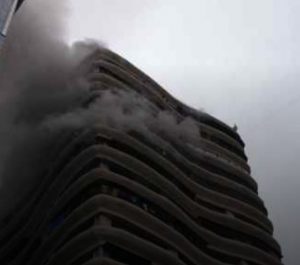 At least four people were killed and sixteen reportedly injured in a fire that broke out in Crystal Tower near Hindmata Cinema in Parel, Mumbai on Wednesday morning.

The deceased includes one woman and three men.

At 8:32am, the fire brigade control room got a message about the fire on twelfth floor of the building.

According to the officials, the smoke from the raging fire spread quickly and residents got trapped on the building’s staircases.

Many residents who were evacuated with the help of crane, were trapped on the top floor of the high-rise building.

The fire has been brought under control.

The injured people were rushed to the hospital and are being treated there.

As per the latest report, the fire that claimed four lives is reportedly due to a short circuit. 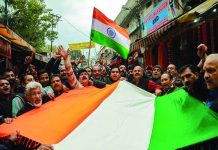