Okay, someone needs to say this: 3D films are not for the bespectacled. Ever since I first watched Chhota Chetan ages ago, every such film has involved a comical struggle to keep two pairs of glasses perched on an unhelpfully slippery nose. (Is it really that hard to provide clip-ons?) It doesn’t help that the glasses at most Delhi cinemas are filthier than my already dirt-infested spectacles, which means the film ends up looking dark and blurred.

The thing is, the glasses aren’t really a distraction if the film is gripping enough. The worst pair of 3D glasses I’ve ever been handed was for Gravity, but after some furious manoeuvring in the first 15 minutes, I even forgot that I was wearing two pairs of glasses as Alfonso Cuarón’s masterpiece captured all my attention. Watching Peter Jackson’s second Hobbit film, The Desolation of Smaug, I was constantly shuffling the order of the two pairs with increasing frustration, until I finally dumped the infernal things and watched the last few minutes in blurred 2D.

That frustration, while triggered by the discomfort and accompanying headache, was helped in no small manner by the film’s tendency to ramble on and on. The relevant portion in Tolkien’s 300-page novel for children that Jackson has adapted in this film is really a tiny chunk of storytelling — having escaped from the goblin kingdom, our heroes make their way through elvin territory to reach Smaug’s mountain. It’s the Point-A-to-Point-B journey that forms the crux of most Tolkien stories, with really no overarching theme or backroom chicanery or anything that deserves a full film. The reasons for the quest have already been made abundantly clear in the first film, while the epic Battle of the Five Armies — goblins, wargs, dwarves, men and elves — will be seen in the third.

Jackson uses the rest of the 161-minute runtime for what The Atlantic’s Christopher Orr rightly calls “bad fan fiction”. He has reimagined what was a simple bildungsroman about the consequences of greed into a prequel to The Lord of the Rings by taking all sorts of liberties with plot and characters. Which is perfectly fine, if done well, but Jackson’s interventions do not, in any way, make the film more watchable. Neither does he give the audience any reason to care about the fate of Middle Earth.

As Bilbo Baggins (Freeman) and his company of dwarves prepare to battle spiders, elves, orcs (always the orcs) and dragon, Gandalf (McKellen) deserts them to embark on his own quest, which mostly consists of him looking at things and expressing surprise. His meandering, an attempt at investigating rumours of a Necromancer raising the Nazgûl and generally being menacing, eventually leads to the rise of Sauron (not a spoiler for anybody who’s read any Tolkien). There is nothing that he does, or can do, about it other than look on in horror and take up considerable screen time.

While the rise of Sauron ties in the events of The Hobbit with the tumults of Middle Earth in the later trilogy, it does nothing to add to the film itself. Sauron isn’t the primary antagonist in The Hobbit — though I suspect that will change in the third film — and bringing him into the mix only complicates matters needlessly. It takes focus away from Bilbo’s own journey of self-realisation to the extent that the hobbit is missing from screen for a fair chunk of the film. Also, like the parallel arc of Legolas’ origin story, it seems a forced insertion of extraneous characters to fill up time, with no satisfactory payoff in sight, at least for those who aren’t die-hard Tolkien fans missing their annual Middle-Earth fix. 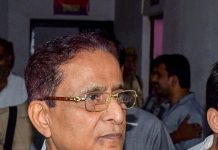