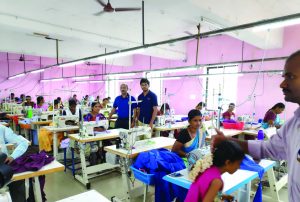 Prime Minister Narendra Modi kick-started the new year with an emphasis on boosting economic growth and achieving his target of making India a $5-trillion economy by 2024. Skeptics have raised doubts as in recent times; the Indian economy has nosedived leading to debates as to which would be the growth engine to meet the target.

Different ministries of the government of India have prepared their five-year visions to achieve the target set forth by the Prime Minister. An indication to what would be the mainstay of Indian economy came from the note prepared by the Ministry of Micro, Small and Medium Enterprises.

The MSME Ministry note says “Our vision is to ensure that at least a contribution worth $2 trillion come from MSME sector. To accomplish this, M/o MSME has taken many steps during the year for technology advancement, skill development and job creation for empowerment of MSMEs”.

Under Prime Minister’s Employment Generation Programme (PMEGP) 65,312 new micro enterprises have been set up and 5,22,496 Employment opportunities generated and a Margin money subsidy worth 1929.83 crores have been utilized. The PMEGP is a major credit-linked subsidy programme being implemented by the Ministry of MSME since 2008-09. The Scheme is aimed at generating self-employment opportunities through establishment of micro-enterprises in the non-farm sector by helping traditional artisans and unemployed youth in rural as well as urban areas.

Under the Scheme of Fund for Regeneration of Traditional Industries (SFURTI), Clusters approved earlier are completed and are functional. Further, 78 proposals of SFURTI Clusters have been approved by Scheme Steering Committee benefitting about 48608 artisans and workers till date.

The Solar Charkha Mission has already been launched and the Scheme Steering Committee has approved the detailed Project Reports (DPRs) of Solar Charkha Clusters during current financial year 2019-20. The Government approved for continuation of Credit Linked Capital Subsidy component under Credit Linked Capital Subsidy-Technology Upgradation Scheme (CLCS-TUS) has been given.

The Credit Linked Capital Subsidy Component of the CLCS-TU Scheme was launched by Nitin Gadkari, Union Minister for Micro, Small and Medium Enterprises on September 5, 2019 with the signing of MoUs between Office of DC (MSME) and Nodal Banks.  During 2019-20, 338.01 crores has been released.

Under the Credit Guarantee Fund Trust for Micro and Small Enterprises (CGTMSE), 5,46,127 credit facilities have been approved amounting to a guarantee of 33,381 crores. The Ministry of MSME is implementing Technology Centre Systems Programme (TCSP) at an estimated cost of 2200 crores, including World Bank Loan assistance of USD 200 million, to establish 15 new Tool Rooms and Technology Development Centres (TCs) and upgrade the existing 18 TCs across the country. Four Technology Centres at Bhiwadi, Bhopal, Puddi and Tinsukia are ready for commissioning.

The number of youth skilled through Technology Centres and other training Institutes of the Ministry: 3,59,361. Under Government e-Marketplace, registration of Micro and Small Enterprises (MSEs) totals 62,085. About 50.74 per cent of orders value on GeM portal is from MSEs. The government has made it mandatory for Central Public Sector Undertaking (CPSUs) units to procure 25 per cent instead of 20 per cent from Micro and Small Enterprises (MSEs). Goods and Services worth 20,139.91 crores have been procured from 71,199 MSEs. The procurement from MSEs amounts to 28.49 per cent of the total procurement of CPSEs.

Organizations like Common Service Centres (CSC), Entrepreneurship Development Institute of India (EDII) are now on board for bringing MSMEs on digital platform and for providing them digital identity. Awareness programmes and workshops are being organized all over the country for MSME stakeholders and for bringing all MSME service providers on one platform.

Scheme under implementation are in 267 Clusters of MSMEs throughout the country through Quality Council of India (QCI) and National Productivity Council (NPC). State Governments, Industry Associations have also been onboarded to take the scheme to more MSME clusters.

Incubation centres have been approved for more than 200 Technical Institutions, Industry Associations, Social Enterprises. Innovative ideas having business proposals are being invited from them for funding support under the scheme. Seed capital up to Rs. 1 crore have been provided to start up entrepreneurs under the scheme.

Design scheme opened for different technical institutions under Ministry of Human Resource Development, Industry Associations, Social Enterprises, Self Help Groups working on providing design support to MSME entrepreneurs including rural and art based enterprises. More than 80 new Design centres opened at different locations in addition to 4 already being run though National Institute of Design (NID). All MSMEs and Students are being requested to submit their design projects for funding under the scheme.

About 23070 MSMEs have been registered under Zero Defect Effect (ZED) scheme since inception. The ZED parameters are being simplified to onboard more than one million MSMEs on ZED journey. All Industry Associations and technical institutions are being on boarded for wider access to the scheme. More than 60 new IP Facilitation Centres set up in different parts of the country to have one IP lawyer to assist MSMEs to apply for and register their trademarks and patents.

Over 135 crores have been sanctioned under Entrepreneurship and Skill Development Programme (ESDP) for organizing different skill development programmes throughout the country through State Governments, Industry Associations, Social Enterprises and Government Corporations. A total of about 3000 programmes have been conducted or sanctioned for this year.

The RBI Expert Committee under U. K. Sinha on Micro, Small and Medium Enterprises has made 37 major recommendations. The concerned Ministries, Departments, Organizations and States have been asked by the Ministry to take follow up action on the actionable points relevant to them.

To review implementation status of the recommendations of the Committee, a meeting of Committee of Secretaries (CoS) under the chairmanship of Cabinet Secretary was held on October 31, 2019. How much significance the MSME sector enjoys could be understood from the fact that the Ministry of MSME in association with the Economic Diplomacy & States Division of the Ministry of External Affairs and the India SME Forum organized the second International SME Convention.

As many as1385 entrepreneurs from India and 175 from 44 countries attended the convention. Ambassadors from 16 countries including, European, African and Latin American Countries along with their respective commercial sections presented trade opportunities at the Convention.

About 198 pre-arranged B2B meetings were conducted, 42 letters of intent were filed for possible future collaborations. 729 B2B trade connect forms were filed by Indian entrepreneurs. A total of 3015 requests for International B2B matching were received, for which an International SME Gateway is being planned.

An MOU was signed between a Spanish company MCU Coatings and Indian company HiTech Engineers for technology transfer and setting up a plant in Puducherry with joint investment of US $10 million. With all this it seems certain that micro, small and medium enterprises would play a key role in attaining the five trillion-economy targets by 2024. The role played by this sector would be significant because majority of other sectors are currently showing negative growth. 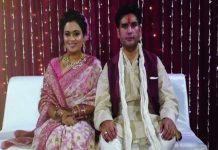 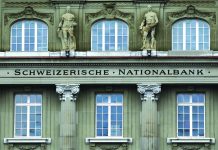