The Bharatiya Janata Party (BJP) has named Narendra Modi, the chief minister of Gujarat, as the chairman of its campaign committee. Modi will now lead India’s principal opposition party in the country’s 16th General Election. A backroom boy until his surprise elevation as Gujarat CM in October 2001, few would have thought Modi would ever grow so big as to be projected as a candidate for India’s top job.
No doubt, it is a rare privilege, one that has gone to only two others in the party’s 33-year history — Atal Bihari Vajpayee, who rose to be prime minister, and Lal Krishna Advani, who became his deputy prime minister and was the party’s prime ministerial candidate at the 2009 election. Once Modi’s benefactor and now an adversary, Advani quit all party posts after Modi was named its torchbearer. He took back the resignation under pressure from the party and its ideological parent, the Hindu supremacist Rashtriya Swayamsevak Sangh (RSS), but the animosity lingers.
Though the BJP has had a string of presidents over the years, Vajpayee and Advani alone were considered PM material. Now that he hopes to become PM, Modi has his task cut out. With only 11 months to go for the next General Election, he has little time to craft a winning team and strategy, or to alter an image of being socially divisive, created by the charge that he allowed, or even connived with, right-wing Hindu zealots to massacre some 2,000 Muslims in his state in 2002.
Would Modi succeed where Advani failed? Just how would Modi deliver a victory that has eluded the party in two successive parliamentary elections? Does Modi have greater traction with the voters than Advani had in 2009? Would existing and potential allies accept Modi as PM just as they accepted Vajpayee in 1998? Both Modi’s supporters and critics recognise him as rabidly anti-Muslim, a perception that has forced at least one coalition ally of the BJP — the Janata Dal (United) in Bihar — to threaten a pull-out if Modi is named the PM candidate. Indeed, Modi is one of the few politicians seen as toxic for India’s pluralistic politics. Would his perceived anti-Muslim persona whip up a frenzy of support among India’s 80 percent Hindu population or would it drive the BJP into the ground?
Modi’s other image is that of a launcher of prosperity predicated on the high economic growth that he asserts Gujarat has netted on his watch. Would Modi’s claim of quality governance in Gujarat carry a decisive edge with India’s 800 million voters? A similar claim by Vajpayee’s government — called ‘India Shining’ — had flopped with the voters in the 2004 Lok Sabha election. Finally, would Modi’s stunning three backto- back wins in Gujarat rub off on his maiden bid to win a parliamentary majority?

BJP IN STATE ASSEMBLIES
The BJP is undeniably worse off today than it was in 2009. If anything, Modi’s path is far more tortuous than was Advani’s then. Statistically, Advani was dealt a better hand than Modi has been given. Five years ago, the BJP was in power in seven states, including Karnataka, its first full government in south India. Today, the BJP rules only four, two of which are the politically irrelevant Goa and Modi’s own Gujarat. In Karnataka, the BJP’s humiliating loss in the Assembly election last month and in municipalities weeks earlier has lost the party its only toehold in the south.
In Bihar, the BJP-JD(U) alliance appeared cast in stone after it spectacularly won the 2005 Assembly election. It went on to win an unprecedented 32 of Bihar’s 40 Lok Sabha seats in 2009, with the BJP equalling its highest ever tally of 12 that it had got in 1999. The gains were equally prodigious in the 2010 Assembly election, when the partners substantially improved their tallies to retain power. But today, Chief Minister Nitish Kumar is inches away from splitting as he fears that embracing Modi could alienate many of Bihar’s 17 percent Muslims who earlier voted for his party.
In Jharkhand, opportunistic politics toppled a BJP government in January, bringing the state under President’s Rule. The party lost Uttarakhand and Himachal Pradesh in Assembly elections last year.
In Uttar Pradesh, India’s most populous and electorally most influential state, the BJP scraped through in only 47 of the state’s 403 seats in last year’s Assembly election, coming a distant third to the Samajwadi Party (SP), which won power, and the Bahujan Samaj Party (BSP). In fact, the BJP’s performance in 2012 was not only poorer than its 51 seats in 2007, but also far worse than its 88 seats in 2002 when its government there headed by Rajnath Singh, now BJP president, was voted out. This shows that the BJP has failed to capitalise on the failures of the state governments of the SP and the BSP who have alternated in ruling Uttar Pradesh since 2002. Worryingly, while the sp and the Congress, the BJP’s national rival, which came fourth in the 2012 election, increased their vote shares compared with 2007, the BJP’s vote share declined from 17 percent to 15 percent.
Indeed, the BJP has been in an electoral free fall in Uttar Pradesh for more than a decade. Both the numbers of seats and the vote share have declined through four Assembly elections 1996 onwards, when it had polled 32.5 percent votes and won 174 of the 425 seats. (Uttar Pradesh now has 403 seats as the rest belonged to the part that became Uttarakhand, which was carved out of the state in November 2000.) The BJP’s fortunes have sunk so deep that last year it won only one of the five Assembly seats that fall in the state capital Lucknow’s Lok Sabha constituency, which Vajpayee held until 2009.
In Maharashtra, where the BJP, with its local ally Shiv Sena, has lost three Assembly elections on the trot since 1999, the BJP’s fortunes have steadily dipped in the number of seats and in the vote share. It is in a worse position today in India’s second most populated state than it was in 2009. In Odisha, the BJP has virtually drowned since the state’s ruling Biju Janata Dal (bjd) leader, Chief Minister Naveen Patnaik, dumped it as a coalition partner in 2009. The BJP’s only saving grace came last year when its ruling alliance in Punjab, with the Sikh party of Akali Dal, won the Assembly election to retain power. The BJP expects to hit the jackpot only in Rajasthan where it hopes to beat the incumbent Congress in the Assembly election in November.
In both Madhya Pradesh and Chhattisgarh, where the BJP has won two successive terms since 2003, elections are due six months from now (along with in Rajasthan and Delhi, both currently ruled by the Congress). Although the BJP governments there project themselves as still popular, the Congress is pinning its hopes on anti-incumbency to claw its way back. Should the BJP lose both or either state, Modi’s capital with the voters, as well as in the party, could diminish severely.
BJP IN PARLIAMENT
The BJP’s first national government lasted only 13 days in 1996 as it could not get enough allies for a simple majority of 272 in the Lok Sabha. Its second coalition government formed in 1998 lasted a month over a year, and its third, formed in 1999, nearly completed a full term before Vajpayee called elections. In 1998 and ’99, the BJP had won 182 and 183 seats, respectively, and gained simple majorities with support from allies.
It can be assumed that the BJP would be in the hunt once again if it gets around 185 seats in the next election. To achieve that target, Modi appears to be at a greater handicap than Advani was in 2009.
In 2009, Advani led the BJP into the election defending 144 seats it had won in 2004 and therefore needing to improve the party’s tally by only 40-odd seats. This time around, the BJP holds only 116 seats in the outgoing Parliament. Modi would need to wrest about 70 seats from other parties. Given the declining electoral fortunes of the BJP since 2009 across India, both in Assembly and parliamentary elections, Modi faces an uphill task. Especially as the BJP might be able to contest only about 365 of the Lok Sabha’s 543 seats as it did the last time in 2009, and leave the rest for its allies. 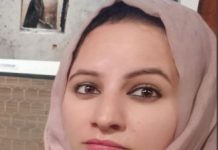