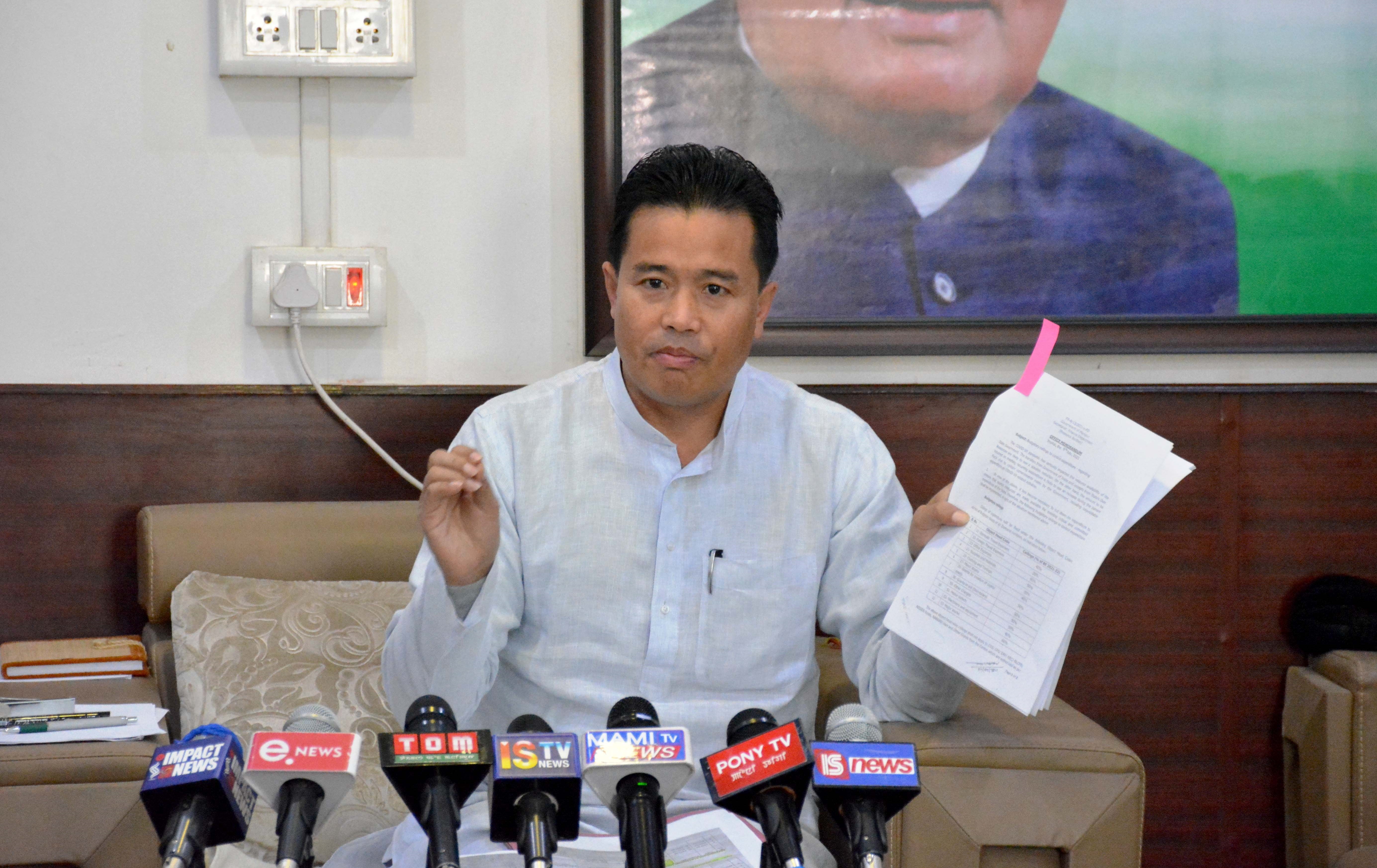 Manipur’s Public Works Minister Th Biswajit Singh on Thursday hits back at the Manipur Pradesh Congress Committee (MPCC) over its allegation that Rs 800 crore had been misappropriated under the public works department of the state government. Despite being present at the state budget discussion, he said, the MPCC president Meghachandra was ignorant about the budget estimates.

“I do not understand Congress MLA K Meghachandra’s allegation of ‘scam.’ Not a single scam has surfaced under the BJP-led coalition government in the state. It came as a surprise to me that Meghachandra turned out to be an MLA who doesn’t know the budget,” said Biswajit, addressing a press conference at his official residence in Imphal.

On January 11, MPCC working president Meghachandra demanded the Central Bureau of Investigation (CBI) take up a suo-motu case and investigate the matter. “An amount of Rs 800 crore has been misappropriated under the Public Works Department. However, the present government has failed to take up developmental works marked for this financial year before the election Model Code of Conduct (MCC),” Meghachandra had said.

In his response, Biswajit said the allegation was one of Congress’ strategies to defame BJP and him, and no such amount was earmarked for 2021-22. “As the election is around the corner and the imposition of Model Code of Conduct, the allegation of the Congress party is merely their strategy to defame my party and me. Nothing more,” Biswajit said, adding that Meghachandra is welcome to get a copy of the statement and comprehend it.

Asserting that the Congress MLA’s sole intention was to fool the state’s people with the ‘dubious and baseless statement’ to the media, Biswajit said: “The Congress party is hell-bent on maligning the image of the development work the Public Works Department has successfully executed under the BJP government in all the state’s constituencies with a limited budget.”

Biswajit said the Congress party tried every dirty trick to fool the people and win the election. “We have seen their action to divide different sections of the society resulting in the eruption of unrest. They always spread false information. This baseless allegation against the PWD and the BJP government is one such trick that they can’t do away with,” he added.

He also highlighted the detailed budget estimate and stressed that transparency is the priority of the BJP government. “The total Budget estimate of 2021-22 of the Public Works Department is 754.0036 crores. Given that the COVID-19 pandemic has seriously impacted the resource availability of the state government, the amount restricted for 2021-2022 was 40% percent for minor works and 50% for major works due to the pandemic. As a result, the available amount is Rs 631.81 crore, and the expenditure amount is approximately Rs 363.39 crores,” Biswajit explained.

He slammed the Congress party for bending the truth to defame the government departments and the BJP. “The public works department followed the budget and did not deviate from the norms. So I urge Mr. Meghachandra to speak the truth and not distort the facts and figures while doing politics. It will help his party and him in the long run,” Biswajit said. Manipur will go to the polls in two phases – on February 27 and March 3. The counting of votes will be done on March 10. 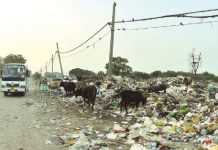