The Grand Revival
AGNEEPATH
DIRECTOR: Karan Malhotra
CAST: Hrithik Roshan, Priyanka Chopra
PLOT: In this cult classic remake, young Vijay Chauhan grows up to be a don and takes on the crime lord who murdered his father. Hrithik Roshan will have to go through his very own path of fire to meet expectations.
[box]

In the Fast Lane
SHANGHAI
DIRECTOR: Dibakar Banerjee
CAST: Abhay Deol, Kalki Koechlin
PLOT: Shot in a record time of over 40 days, this one seems to be riding on the anti-corruption movement. A political thriller about the rise of the common man.
[/box]

Be a Joyrider
FERRARI KI SAWAARI
DIRECTOR: Rajesh Mapuskar
CAST: Sharman Joshi, Boman Irani
PLOT: We finally get Sharman Joshi in a lead role. The only hints we’ve got are that it’s a family comedy, has been shot on busy roads and is a joyride, pun fully intended.
[/box]

The Sound of Silence
BARFEE
DIRECTOR: Anurag Basu
CAST: Ranbir Kapoor, Priyanka Chopra
PLOT: Romance, murder and mystery centring on a deaf man and a mentally challenged girl. Ranbir and Priyanka need to shed any vestiges of glamour to make us believe in them.
[box]

DABANGG 2
DIRECTOR: Arbaaz Khan
CAST: Salman Khan, Sonakshi Sinha
PLOT: All we know is that the action shifts from the hinterlands of UP to Mumbai. All the more room for bigger, badder adventures.
[box]

Top Secret Project
TALAASH
DIRECTOR: Reema Kagti
CAST: Aamir Khan, Kareena Kapoor
PLOT: Aamir Khan the cop is back. This movie is topping everyone’s wishlist. Backing him are Zoya Akhtar and the Farhan Akhtar-Ritesh Sidhwani team that gave us Dil Chahta Hai and Rock On!! So far so good.
[/box]

Oh God! Please be Done Already
AGENT VINOD
DIRECTOR: Sriram Raghavan
CAST: Saif Ali Khan, Kareena Kapoor
PLOT: The long-awaited detective story has kept us in suspense for quite a while. Come summer, we get to watch the real-life couple romance each other in this spy thriller.
[box]

Because We Can’t Do Without Sallu
EK THA TIGER
DIRECTOR: Kabir Khan
CAST: Salman Khan, Katrina Kaif
PLOT: The director gave us Kabul Express and New York, and the actor gave us Ready and Bodyguard. So how does anyone predict Ek Tha Tiger’s plot? It’s got international espionage, stolen technology, crossborder romance and action that spans the globe.

LIFE OF PI
DIRECTOR: Ang Lee
CAST: Suraj Sharma, Irrfan Khan, Tobey Maguire
PLOT: Yann Martel’s surreal story of survival finds itself in the hands of Ang Lee. We know the man can give us brea thtaking visuals, but how does one tell the story of a boy adrift on a boat with a hyena, a zebra, an orangutan and a Bengal Tiger?
[box]

THE GREAT GATSBY
DIRECTOR: Baz Luhrmann
CAST: Leonardo DiCaprio, Carey Mulligan, Amitabh Bachchan
PLOT: The story of Jay Gatsby’s life is a modern literary classic. F Scott Fitzgerald’s novel on the ‘roaring twenties’ in America has been adapted time and again for the big screen. But we’ll still watch it. If only to see DiCaprio and Bachchan share a frame.
[/box]

Men and Machines
LAPTOP
DIRECTOR: Kaushik Ganguly
CAST: Rahul Bose, Churni Ganguly
PLOT: The protagonist is a lost laptop that gets passed on to different people. That is how the movie explores its characters, including a blind writer played by Kaushik Ganguly himself. Pretty experimental.
[box]

Identity Crisis
CHITRANGADA: THE CROWNING WISH
DIRECTOR: Rituparno Ghosh
CAST: Rituparno Ghosh, Raima Sen
PLOT: Ghosh returns to acting as a choreographer who wants to stage Tagore’s Chitrangada, a story of a princess whose father wanted her to become a prince instead as he didn’t have a son to succeed him.
[/box]

The One With Kolaveri Di
3
DIRECTOR: Aishwarya Rajinikanth
CAST: Dhanush, Shruti Hassan
PLOT: To say the song is a hit would be an understatement. Let’s hope the same cards play for this romance.
[box]

Before He Was the Don
BILLA 2
DIRECTOR: Chakri Toleti
CAST: Ajith Kumar, Parvathy Omanakuttan
PLOT: The prequel to the 2007 hit, Billa, this gangster thriller shows us how the ordinary David Billa became a dreaded don in the underworld.
[/box] 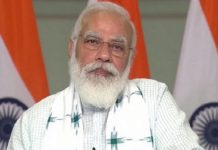 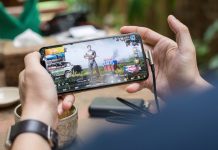 Clamp curbs to save children from gaming addiction