‘What makes terrorism particularly threatening at this moment is the impression of vulnerability combined with the display of greater sophistication in techniques and methodologies of terrorist outfits. The challenges before us are to demonstrate that we have both the capability as well as the sophisticated instrumentalities to anticipate and overcome the shifts and changes in terrorist methods. We cannot, therefore, afford to conceptualise narrowly. We must not react merely to immediate events.
This is the underlying message contained in the Home Minister’s letter inviting you to this meeting. It is important at this juncture to demonstrate our combined will, and for that we are effectively galvanising the internal security system to deal with future terrorist attacks. Technology is empowering nonstate actors across the globe and it is necessary for us to come up with a comprehensive strategy that combines the best of technological and human capabilities within the country to defeat terrorism in all its manifestations.
The Home Minister has already outlined a number of steps that have been taken in recent weeks to erect additional mechanisms to counter future terrorist attacks. The main message is that we need to break down barriers to information sharing between the various agencies.

What I would add is that we need better intelligence and perhaps, more importantly, sophisticated assessment and analysis of the intelligence that is available. Complaints are often heard that the intelligence provided by the agencies is not actionable. All intelligence produced is actionable, though it may not always be specific. It depends on the capability and ingenuity of those who assess the information to further develop and convert the fragmentary pieces of intelligence into a complete whole and for those who have to act on it to possibly pursue each and every lead.’
— Excerpts from Prime Minister Manmohan Singh’s opening remarks at the inaugural session of the Conference of Chief Ministers on Internal Security on 6 January.
IF THE Prime Minister chose to pointedly focus on the crucial issue of ‘information-sharing between various agencies’, it was with a reason. He knew that vital and critical intelligence had simply been ignored. It lay unattended in various files, in the offices of different premier intelligence agencies. He is aware that if all the intelligence that came in two months before the Mumbai terror attack on 26/11 had been put through a ‘sophisticated assessment and analysis’, senior officers could well have been able to join the dots and zero in on the fact that terrorists were going to use the sea route to come into Mumbai and attack five-star hotels. Incredibly, sources in the highest quarters in New Delhi have told TEHELKA that the mobile numbers that were used by the Mumbai terrorists were available with the Intelligence Bureau at least five days before 26/11.
Highly placed sources shared the contents of a ‘Secret’ note that contains 35 mobile numbers. Of the 35 SIM cards, 32 had been purchased from Kolkata and three from Delhi, by “overground” workers of the Lashkar-e-Toiba, and sent to Pakistan-occupied Kashmir by mid- November. The precise contents of the ‘Secret’ note could not have been more direct: “The numbers given below have been acquired from Kolkata by overground workers (OGWs) and have been sent through Pakistan trained militants based in Kashmir to PoK. These numbers are likely to emerge in other parts of the country. These numbers need to be monitored…” The note contains more: “These numbers need to be monitored and the information taken from these numbers regarding the contents of the conversation, current locations of the call detail records are required for further developing the information. The monitoring is possible at Kolkata.”

Highly placed sources reveal that this crucial and stunning piece of information was received by the Intelligence Bureau (IB) on 21 November, at least five full days before Ajmal Amir Kasav, the lone surviving terrorist and his nine accomplices got off the inflatable dinghy at Mumbai’s Badhwar Park on the evening of 26/11. The Prime Minister and Home Minister are aware that for all the five crucial days that the numbers were available, they were not being monitored. The lapse is all the more critical because at least three of the 32 numbers contained in the Secret note, were the exact same cell numbers that the Mumbai terrorists used to keep in touch with their handlers in Pakistan. It is well possible that the terrorists only activated their mobile numbers after reaching Mumbai but that does not excuse the fact that the numbers were not put under surveillance despite the knowledge that they had been sent to trained militants in PoK.
This was perhaps uttermost in the Prime Minister’s mind while he was addressing the conference of chief ministers on internal security. That is perhaps why he emphasised this: “All intelligence produced is actionable, though it may not always be specific. It depends on the capability and ingenuity of those who assess the information to further develop and convert the fragmentary pieces of intelligence into a complete whole and for those who have to act on it to possibly pursue each and every lead.” He knew that crucial information was available, which if analysed, could have been converted into a ‘complete whole.’ The agencies had failed in monitoring the vital numbers.
On 18 September, for example, the Research and Analysis Wing had intercepted a satellite phone conversation which clearly indicated that a hotel at the Gateway of India in Mumbai would be targeted. Crucially, the intercept also revealed that the sea route would be used to launch this operation. Again, on 24 September, RAW recorded another conversation. This time, the hotels were mentioned by name and they included the Taj, the Sea Rock Hotel and the Marriott hotel. If these inputs were being analysed, it would have become clearer that hotels in Mumbai would be attacked and that the sea route would be used.
THIS IS not all. Again on 19 November, RAW picked up another piece of conversation in which a voice said, “We will reach Bombay between nine and 11.” RAW tracked the coordinates of the call and frighteningly discovered that it came from the sea near Mumbai. RAW passed on this vital piece of information to the IB who in turn sent it to the Navy but the terrorists, who were first aboard the hijacked trawler MV Kuber and subsequently on the inflatable dinghy, still managed to sail into Badhwar Park, ironically, almost at the promised time: between nine and 11.

They were off only by less than an hour or so, for according to the dossier which the Ministry of External Affairs has handed over to
Pakistan, the 10 terrorists arrived at Badhwar Park at 8.30 pm. The dossier says, “The ten terrorists performed watch duties on board MV Kuber. Log sheets maintained by them have been seized. The MV Kuber reached a point four nautical miles off Mumbai at 1600 hours on November 26, 2008. As soon as it was dark, the team leader, Ismail Khan, contacted their handler in Pakistan, who directed them to kill Amar Singh Solanki, the captain of MV Kuber. After killing Solanki, the terrorists along with their weapons and IEDs, boarded the inflatable dinghy. They traversed the last four nautical miles to Mumbai in about one hour and 15 minutes, reaching the locality of Badhwar Park (Cuffe Parade) in South Mumbai at about 2030 hours.”
If the intelligence was being analysed and not ignored and if the Secret note which the IB received on November 21 had been connected with RAW’s intercepts, and the numbers had been put under surveillance, an alert intelligence apparatus may have been able to connect the activation of the Kolkata numbers with the arrival of terrorists in Mumbai. Were the phones activated at 1600 hours or at 2030 hours? The answer to this question was not known, at least, on the day of the attack.
[box]“The numbers given below have been acquired from Kolkata by overground workers (OGWs) and have been sent through Pakistan trained militants based in Kashmir to PoK. These numbers are likely
to emerge in other parts of the country. These numbers need to be monitored…”
( CRUCIAL INTER-ORGANISATION MEMO DATED 21/11/2008 )[/box] 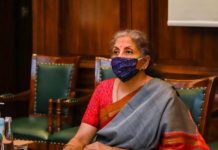 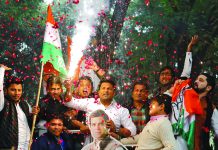