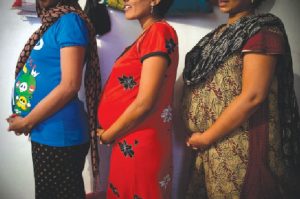 Shahrukh Khan, Sunny Leone, Tushar Kapoor, Ekta Kapoor, Karan Johar, Amir Khan are among the celebrities who have become parents through surrogacy. The most recent to become proud parents through surrogacy, Shilpa Shetty and Raj Kundra have already been blessed by a son named Viaan Raj Kundra. Post the big announcement; the couple had a party with their closed ones to celebrate the arrival of the baby girl.

The actress, along with her husband Raj Kundra, welcomed their second child born on February 15, but waited a week to make the announcement via Instagram on February 22. She posted, “Our prayers have been answered with a miracle…with gratitude in our hearts, we are thrilled to announce the arrival of our little angel, Samisha Shetty Kundra’’. “Sa’ in Sanskrit is “to hav”. and ‘misha’ in Russian stands for “someone like God”.

Back in 2017, King Khan, Shah Rukh Khan announced about his third child, AbRam Khan, through surrogacy in 2013. He said,’’Four years ago, my lovely wife Gauri and me decided to have a third child.’’

Actress Sunny Leone welcomed twins through surrogacy in 2018 shortly after adopting their first child Nisha. The happy couple also used social media to announce the news, posting their joy on twitter as ‘’God’s Plan’’. She wrote that she has 3 children within a short amount of time. We planned and tried to have a family and after so many years our family is now complete with Asher Singh Weber, Noah Singh Weber and Nisha Kaur Weber. God planned something so special for us and gave us a large family. We are both the proud parents of three beautiful children.

Back in 2011, celebrated actor, Aamir khan and his filmmaker-wife Kiran Rao, announced the birth of their first child-Azad, who they also welcomed through surrogacy. “This baby is especially dear to us because he was born us after a long wait and some difficulty.we were advised to have a  baby through IVF-surrogacy, and we feel very grateful to the Almighty that all has gone well.”

In March 2017, producer-director Karan Johar was another Bollywood personality to become a single father of twins born via surrogacy. The twins, a boy and girl, were named Yash and Roohi, after Johar’s parents. In June 2016, actor Tusshar Kapoor announced he had a boy via surrogacy. The actor, who is single, named the child Laksshya. “initially, my parents were a little bit apprehensive whether I should announce the child to be one born through IVF and Surrogacy or not.” Television producer, film producer, director, joint managing director and the creative head of Balaji Telefilms, Ekta Kapoor, a Padma Shri Awardee, had announced in 2019 that she had become a mother to a baby boy on January 27,2019. Kapoor named him Ravie, which is her father, veteran actor Jeetendra’s,  original name.

While Bollywood has been opting for surrogacy to bring joy to their lives, Kangana Ranaut’s sister Rangoli Chandel announced her intentions to adopt a girl the same day as Shetty Kundra revealed her family has welcomed second child, a baby girl, through surrogacy. Chandel gave details about the adoption on Twitter saying “I have a baby I want another one my husband Ajay and I decided to adopt, I want to encourage couples to adopt to give home to a child than to go for surrogates.”

Sushmita Sen, first Indian woman to win Miss Universe title in 1994 at the age of 18 and later turning to acting, adopted a baby girl Renee in year 2000 and second girl Alisah in 2010.

Surrogacy is an arrangement by, often supported by legal agreement, whereby a woman agrees to bear a child for another person or persons, who will become the childs parents after the birth. In her interviewed she said that they tried before 5 years but they couldn’t succed but now finally they gave birth to a baby girl. She said that when she is 21 years old she wish to be become a girl child mother  and now she is very happy to have a junior Shilpa Shetty,Samisha – ‘sa’ drives from Sanskrit which means adopt and ‘misha’ is a Russian name which means Godess. You can say I have a Luxmi in my house as my daughter.

The Surrogacy (Regulation) Bill, 2019 was introduced by the Minister of Health and Family Welfare, Dr. Harsh Vardhan in Lok Sabha on July 15, 2019. The Bill defines surrogacy as a practice where a woman gives birth to a child for an intending couple with the intention to hand over the child after the birth to the intending couple.

Regulation of surrogacy: The Bill prohibits commercial surrogacy, but allows altruistic surrogacy. Altruistic surrogacy involves no monetary compensation to the surrogate mother other than the medical expenses and insurance coverage during the pregnancy. Commercial surrogacy includes surrogacy or its related procedures undertaken for a monetary benefit or reward (in cash or kind) exceeding the basic medical expenses and insurance coverage.

Purposes for which surrogacy is permitted: Surrogacy is permitted when it is: (i) for intending couples who suffer from proven infertility; (ii) altruistic; (iii) not for commercial purposes; (iv) not for producing children for sale, prostitution or other forms of exploitation; and (v) for any condition or disease specified through regulations.

A certificate of essentiality will be issued upon fulfilment of the following conditions: (i) a certificate of proven infertility of one or both members of the intending couple from a District Medical Board; (ii) an order of parentage and custody of the surrogate child passed by a Magistrate’s court; and (iii) insurance coverage for a period of 16 months covering postpartum delivery complications for the surrogate.

The certificate of eligibility to the intending couple is issued upon fulfilment of the following conditions: (i) the couple being Indian citizens and married for at least five years; (ii) between 23 to 50 years old (wife) and 26 to 55 years old (husband); (iii) they do not have any surviving child (biological, adopted or surrogate); this would not include a child who is mentally or physically challenged or suffers from life threatening disorder or fatal illness; and (iv) other conditions that may be specified by regulations.

Offences and penalties: The offences under the Bill include: (i) undertaking or advertising commercial surrogacy; (ii) exploiting the surrogate mother; (iii) abandoning, exploiting or disowning a surrogate child; and (iv) selling or importing human embryo or gametes for surrogacy. The penalty for such offences is imprisonment up to 10 years and a fine up to 10 lakh rupees. The Bill specifies a range of offences and penalties for other contraventions of the provisions of the Bill.

How does IVF work with a Surrogate?

A technique called “In Vitro Fertilization” (IVF) it makes possible to gather off eggs from the mother and the father then fertilize them with sperm and place the embryo into the uterus of a gestational surrogate .the surrogate then carries the baby  in her womb until the baby until birth.

In 1984, the world saw the first success birth through gestational surrogacy. Then years later in Chennai this happened for the first time in India. Three years after in 1997 an Indian acted as a gestational carrier and got paid for it. The number of births through surrogacy doubled with estimates ranging from 200 up to 350 in 2008. 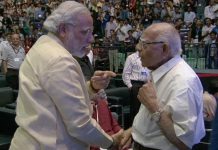