Central Delhi lost at least 77 trees, some of them decades old, while 58 big branches broke off and fell in Monday’s fierce thunderstorm and heavy rains in the national capital, NDMC officials said.

The civic body’s horticulture department fears some of the uprooted trees might be among those tagged as ‘heritage trees’ by the New Delhi Municipal Council (NDMC), but the team is yet to compile a damage report and ascertain the facts.

“A total of 77 trees were uprooted last evening during the severe storm while 58 big branches fell, blocking several roads in NDMC areas. All roads have been cleared,” a senior NDMC official said.

One tree each of imli, kadelia, kusum, kekan, balam, bheda and eucalyptus were also lost during the storm.

The horticulture department and the enforcement department of the NDMC are responsible for clearing uprooted trees and debris.

“Some of these trees were very old but the team is yet to ascertain if any trees with heritage tags were lost. A damage report will soon be compiled,” the official said, adding that heritage trees are commonly those which are above 80 years old.

Delhi witnessed the first storm of “severe” intensity since 2018 on Monday throwing traffic out of gear within minutes as the uprooted trees blocked roads and also damaged several vehicles. The NDMC’s control room received over 160 complaint calls about uprooted trees and blocked roads.

Indigenous tree species such as neem, peepal, pilkhan, jamun, arjun, khirni, and imli among others were planted in the NDMC area when British architect Edwin Landseer Lutyens was entrusted with the task to plan New Delhi in 1911.

“We were already conducting an exercise to find out specific reasons behind the rapid loss of trees as the civic body has lost 1,813 trees, including around 300 heritage trees, in last six years. Previous analysis pointed out that Lutyens’ Delhi is losing over 250 trees per year so the exercise was supposed to focus on suggesting remedial measures to save the existing trees in the region,” the official said. 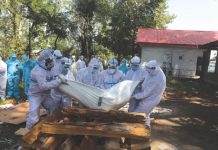 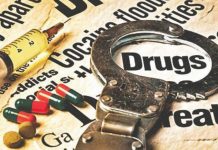