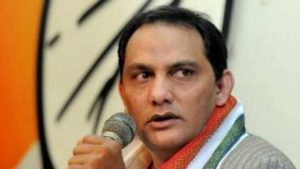 Former India cricket captain and Congress party MP, Mohammad Azharuddin has been appointed as the working president of the party in Telangana, which goes to polls on December 7.

Reports said, the former India cricket captain hailing from Hyderabad was extremely unhappy with the treatment meted out to him by the party.

Azharuddin was elected to the Lok Sabha in 2009 from Moradabad in Uttar Pradesh but lost the 2014 polls from Rajasthan’s Tonk-Sawai Madhopur constituency.

In other announcements, BM Vinod Kumar and Jaffer Javed were appointed as the state unit’s vice-presidents.