The two leaders discussed the regional situation, where Modi underscored that terrorism continues to pose a serious risk to peace and security in the region and beyond. He stressed the importance of demonstrable and immediate action by the concerned for putting an end to all forms of terrorism and ending all support to it.

PM Modi thanked the Emir of Qatar for his leadership and guidance to the rapid strengthening of bilateral relations, especially in recent years.

“India attaches great significance to further strengthening her relations with Qatar, which is our close friend and with which we share an extended neighbourhood,” PM Modi mentioned.

The leaders noted the historic significance of participation of India’s External Affairs Minister as Guest of Honour in the 46th Council of the Foreign Ministers of the Organisation of Islamic Cooperation (OIC) in Abu Dhabi on Friday. 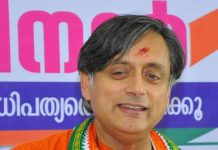