The Bharatiya Janata Party’s strategy of putting up Prime Minister, Narendra Modi as the poster boy for the Delhi Municipal Corporations elections has paid off well for the party in power. The party reinvented itself in Delhi by using none other than the Prime Minister as a benchmark. It is perhaps for the first time that MCD elections have been fought seeking votes in the name of the Prime Minister.

Except for few reverses in the Delhi, Bihar and Punjab assembly elections, the Prime Minister has been a successful vote catcher in practically all other polls notwithstanding discordant voices against demonetization, the narrow parochialism and resultant jingoism. It is said that Sensex or the sensitive index is barometer of country’s economy and well being and for the first time in history it breached 30,000 mark as the benchmark climbed 190 points to close at 30,133. It is clear now that the Aam Aadmi Party which came into existence with much hope and as a sort of moment is finding the ground slipping.

Arvind Kejriwal, the Chief Minister of Delhi, finds that the same people who supported AAP and made it win 67 of 70 seats are deserting the party. The AAP should have seen the writing on the wall after it got trounced in Punjab and Goa Assembly elections thanks to its internal rift and questions over its performance or lack of performance in Delhi. Bhagwant Mann, MP from Punjab had blamed the Delhi coterie for the below-par showing in Punjab. Kejriwal’s daily rifts with the Lt. Governor was also blamed for the mess called Delhi streets. However, after winning a thumping majority in the 2015 Assembly elections the party could manage just 48 out of 270 wards.

The AAP had alleged that rising cases of dengue and malaria, stinking sewerage system that Delhi was facing were all because of the ruling BJP’s lethargy. However, voters could see through the design and negative campaign and voted overwhelmingly for the BJP.

Indeed AAP had risen like a meteor and immediately after the MCD poll results began pouring in Anti-corruption crusader Anna Hazare questioned Arvind Kejriwal’s leadership saying the party has lost credibility. He said there was a difference between AAP’s “words and actions” which led to their defeat. “Unki kathni aur karni mein bahut antar hai,” Hazare told reporters in Ralegan Siddhi, adding that Kejriwal had promised not to take official residence but availed every benefit from the government. Kejriwal’s former Jan Lokpal movement colleagues—Yogendra Yadav and Prashant Bhushan too blamed the party leadership for failing to live up to expectations and losing mandate within a short period of time. Swaraj India co-founders Yogendra Yadav and Prashant Bhushan took to Twitter tarnishing AAP’s allegations of EVM tampering. “No point blaming EVM for MCD rout. AAP must realize that this is because they betrayed the promise of clean, transparent and accountable politics.”

The social activist further said that AAP should have focused on governance in Delhi after people gave a huge mandate to the party. “Instead of focusing on governance in Delhi, Kejriwal and his colleagues became over ambitious and started focusing on Punjab, Goa and Gujarat. Finally, the voters of Delhi taught them a lesson.”
There is some consolation for the grand old party Congress as in MCD though it has slid further into oblivion with the three-term CM Sheila Dikshit locking horns with Ajay Maken, the campaign leader, yet BJP’s dream of “Congress mukt Bharat” is still elusive. The party’s vote share jumped from nine per cent in the 2015 assembly poll to 22 per cent in MCD elections.However, the party continues its losing streak and has been placed at third slot in Delhi MCD polls.
The poor performance of Congress, particularly in Delhi, cwas in successive elections beginning Delhi Assembly elections in 2013, Lok Sabha elections in 2014 and Assembly elections in 2015 and in Muncipal Corporations elections. Such a fate for the grand old party that ruled Delhi for 15 years consectively is hard to belive. Little doubt that soon after the MCD election results, Congress President for Delhi, Ajay Maken offered to resign owning responsibility for poor showing.

That Congress is a divided house in Delhi like elsewhere can be seen from the fact that senior leader Sheila Dikshit burst after the poll results that “the party was not able to reach out to voters the way, we should have. The leadership needs to introspect” adding that Maken failed to involve senior leaders including her (Sheila Dikshit) in campaigning for MCD polls. Few Congress leaders leaving just on the eve of MCD poll also led to Congress debackle because former Delhi President of Congress Arvinder Singh Lovely quit Congress to join Bharatiya Janata Party.

All said and done for AAP which was trying to be an alternative to BJP, the message is clear that Arvind Kejriwal’s quest for more power has proved to be his undoing and he and his party are fast losing credibility. For BJP it is the best news because despite AAP blaming it for all the problems in Delhi, the party has been able to steer clear of anti-incumbency. The party’s vote share has jacked upto 36 per cent, up 3.7 per cent than what it clinched in the 2015 assembly polls.

Replacing all sitting councillors in Delhi and the appointment of Bhojpuri singer-actor Manoj Tiwari as the state BJP president proved to be a masterstroke for the party. In comparison, the vote share of the Aam Aadmi Party has been reduced by half to 27 per cent in just two years.

Rise and fall of AAP is akin to the famous fall of legendary character — from mythology- Icarus, the overambitious son of Daedauls who had made feathers joined by wax to fly. However, he had warned his son to not fly close to sun for that would melt the wax. Unfortunately, Icarus ignores the warning and flies close to the sun. The intense heat melts his wings and he plummets into the deep sea and drowns. 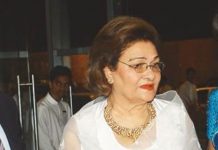 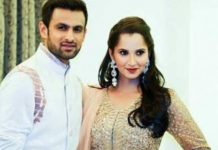