Prime Minister Narendra Modi has constituted the Economic Advisory Council to the Prime Minister (EAC-PM) which consists of economists of high repute and eminence. The EAC-PM would be headed by Dr. Bibek Debroy, Member, the National Institution for Transforming India also called NITI Aayog, who would be its Chairman. Other members of the Council would be Economist Dr. Surjit Bhalla, Director, National Institute of Public Finance and Policy, Dr. Rathin Roy and Professor at Indira Gandhi Institute of Developmental Research Dr. Ashima Goyal. Ratan Watal, Principal Advisor, NITI Aayog, would be the Member-Secretary.

The formation of EAC-PM comes in the wake of the economy hitting a rough patch in the past few months with India losing the status of being the world’s fastest growing economy. It assumes added significance as BJP’s ‘Margdarshak Mandal’ member and twice Finance Minister Yashwant Sinha opined in his recently published column that the economy is on a “downward spiral” and specifically blamed demonetization, which he claimed was an “unmitigated economic disaster”, and a “badly conceived and poorly implemented” Goods and Services Tax (GST) that has played “havoc” with businesses. What followed thereafter was more interesting as Sinha’s son Jayant, a minister in the BJP government, came in defence of the government. The crux of his defence was that short-term pains must be endured for long term gains. The meretricious ploy of a son taking position against his father has led to trolling on social media . Finance Minister Arun Jaitley too took a dig at Yashwant Sinha reminding him of his tenure from 1998-2002 when non-performing assets (NPAs) of banks stood at a whopping 15 per cent of total advances and when Sinha demitted office the foreign exchange reserves had dipped to a meagre USD four billion.

Ironically, slowdown has been witnessed in India when most economies are beginning to bounce back. This must have caused concern to the government as economists have begun criticizing demonetization and implementation of the Goods and Services Tax. The recent spike in the diesel and petrol prices coupled with shrinking jobs has led to nasty posts on social media. Indeed, growth can be given a push if the two engines driving it viz government spending and consumer buying are accelerated. There is an urgent need to encourage public and private spending through tax cuts because with less liquidity to buy things, pay wages or run small businesses, demand and jobs are bound to collapse.

Significantly, a Council existed earlier but it had been rendered defunct after the previous UPA government demitted office in May 2014.

The formation of the Council at this juncture suggests that it could play a vital role in reviving the economy to retain the lost growth momentum that has gone down over the past few quarters, with the first quarter of this financial year clocking just 5.7 per cent growth, down from 7.9 per cent a year ago. It seems that a set of weak economic numbers has left the Union Government scrambling to do something to set things in order. This comes after the gross domestic product sliding to 5.7 per cent in the first quarter of 2017-18 and industrial growth dropping to 1.2 per cent in July, compared to 4.5 per cent during the same period a year earlier. In addition,
retail price inflation which was hitherto under check has jumped to a five-month high of 3.36 per cent in
August from 2.36 per cent in July.

There is little doubt that the government had been put in a tricky situation because increased fiscal spending can provide only short-term relief to a sagging economy. The fact is that further loosening of the fiscal deficit would only affect India’s standing among global investors. The risks of fiscal loosening are grave at this time when many State governments have either announced farm loan waivers or are in the process and these could push up interest rates and affect fresh lending. The real antidote to the current slowdown, on the other hand, is known all too well. No major investment seems coming to the country and it is reflected in the sluggish credit offtake numbers.

A need was being felt that the Modi Government must rise to the challenge and enact tough structural reforms and the formation of EAC-PM is a step in that direction. The GST is surely India’s biggest tax reform since Independence. However, GST has not yet delivered the results that the Government expected. About 100 days into its inception, the GST Network is still trying to cope up with the millions of invoices and returns being filed electronically by the assesses across the nation. Was the GST network not fully tested before launch? A ministerial group formed by the GST Council has said that “the 85 lakh tax payers be assured that 80 per cent of the GST related problems would be fixed by the end of October”. There is a need for two tax slabs and a single tax filing, not multiple tax slabs, multiple registrations and multiple return filings. The GST should be targeted to have one market and one tax.

It is not only that glitches have resulted in a slowdown of the economy and resultant public anxiety. The hikes in diesel and petrol prices which have touched a three-year high have hit the pro-establishment sentiment and there is a demand to cut taxes on oil. In 2008 when there was a global slowdown, the high oil prices were considered to be one of the factors for it and now many fear that the economy is at the verge of another recession. And this time the reason could be low oil prices. The price of crude oil remained above USD 100 per barrel from 2011 to 2014. These prices halved to USD 50 per barrel in 2015.

Dharmendra Pradhan, Petroleum and Natural Gas Minister, has ruled out any intervention as Oil companies fix prices on a daily basis. Opposition parties are making a hue and cry alleging that diesel price hike has hit farmers. Since the year 2014 crude oil prices had come down in the international markets but this benefit has not been passed on to the consumers. The result is that profits of marketing companies have shot up and so has the resultant dividend to the government. How the states and the Centre have benefited could be understood from the fact that there has been a 300 per cent increase in Central and States Taxes on Diesel and a 112 per cent rise in taxes on petrol since 2014.

The Reserve Bank of India last month said that its industrial outlook survey had “revealed a waning of optimism in Q2 about demand conditions across parameters and especially on capacity utilization, profit margins and employment.” Since the infamous global economic slowdown of 2008, exports have been hit hard. The global economy has bounced back and led to a rally in exports from most Asian countries. However, exports from India have yet to pick up.

Even though dark clouds loom large over the Indian economy, the situation is not irreversible. Chief of the State Bank of India (SBI) too shares optimism and expects the country’s economy to rebound in another couple of quarters. “Plans are getting off the table, with a number of infrastructure projects being tendered out. Growth should come in a quarter or two,” SBI chairperson Arundhati Bhattacharya has said. She said “The government now needs to do some heavy lifting and already some traction is being seen in sectors such as roads and fertilizers. There are talks of a stimulus programme to revive growth in the economy, with the Central government facing the task of balancing expansion imperatives and fiscal rectitude”. There is still a silver lining as service sector is showing signs of recovery. The services sector continues to remain buoyant. Quarterly Gross Value Added across this broad swathe that encompasses hospitality, transport, communication and broadcasting services accelerated to 11.1 per cent from 6.5 per cent in the fourth quarter. Similarly, the civil aviation sector saw passenger traffic rising by 15.6 per cent.

Another sure shot engine of demand that can pull the Indian economy forward is the government expenditure that can prove to be a bail out. Infrastructure sector needs huge investments in rural electrification projects, irrigation and basic research. As infrastructure sector has a long gestation period, private sector investors always shy away from pumping in funds. This is the sector where government needs to step in and invest to boost up the infrastructure. This in turn would facilitate foreign direct investment and propel domestic players to invest thus reversing the downtrend in the economy. 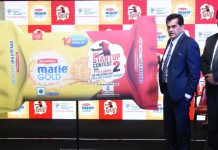