Census of India will cover the entire population in the country while NPR will also cover all the population except in the state of Assam.

Decennial Population Census is being conducted in India synchronously since 1872 without break. Census 2021 will be 16th Census in the country and 8th after independence. Census is the biggest source of primary data at village, town and ward level providing micro level data on various parameters including Housing Condition; Amenities & Assets, Demography, Religion, SC & ST, Language, Literacy & Education, Economic Activity, Migration and Fertility. The Census Act, 1948 and the Census Rules, 1990 provide the legal framework for conduct of Census.

The National Population Register (NPR) was prepared in 2010 under the provisions of the Citizenship Act, 1955 and Citizenship Rules, 2003, which was subsequently updated in 2015 by seeding it with Aadhaar. 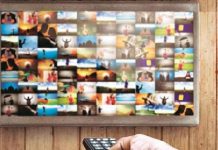