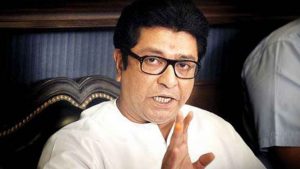 Accompanied by several MNS leaders, Thackeray arrived at Ralegan-Siddhi, the village of Ahmednagar district in Maharashtra where Anna Hazare launched his fast on January 30.

Thackeray extended his full support to Anna’s agitation and asked him not to sacrifice his life.

The 81-year-old social activist is demanding appointment of Lokpal at the Centre and Lokayuktas in states and also raising farmers’ issues.

After the meeting, Thackeray addressed the gathering at Hazare’s protest site and accused Prime Minister Narendra Modi of cheating the nation.

Thackeray said, “I have appealed Anna not to sacrifice his life for the undeserving hypocrites.”

“He should not trust Prime Minister Narendra Modi and any of his promises,” Thackeray added.