MK Stalin, the younger son of the late DMK President M Karunanidhi was elected president of the Dravida Munnetra Kazhagam (DMK) at the party’s General Council meeting in Chennai on Tuesday.

After the demise of Karunanidhi, MK Alagiri, the elder son of Karunanidhi claimed that all the supporters of DMK in Tamil Nadu were on his side. This initiated a political war between the two brothers.

Alagiri was in 2014, expelled from the party by Karunanidhi.

Stalin’s journey in politics started with campaigning along with his father at the early age of 14. In 1984, he became the party’s youth – wing secretary and became party deputy general secretary in 2003.

Congress President Rahul Gandhi took to his twitter account and congratulated Stalin on being elected President of DMK.

“Congratulations to Shri M K Stalin on being elected President of the DMK. I wish him happiness & success as he begins a new chapter in his political journey”, tweeted by Rahul Gandhi.

“Congratulations and best wishes to @mkstalin for being elected President of the DMK @arivalayam”, tweeted by Mamata. 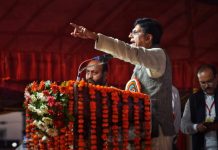 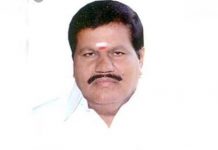 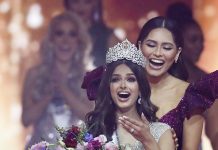