Akbar’s counsel had told the court that Ramani had damaged Akbar’s reputation which he had built up over the years through hard work.

Akbar filed a defamation case against Priya Ramani after his name cropped up on social media.

On January 22, a Delhi court reserved its order on whether to summon journalist Priya Ramani as an accused in a defamation case.

Priya Ramani had accused Akbar of sexual misconduct around 20 years ago, which was denied by him. Moreover, several women came out with accounts of alleged sexual harassment by Akbar.

Akbar, however had termed the allegations were “false, fabricated and deeply distressing”.

He also claimed that Priya Ramani’s tweets in October last year had defamed him. 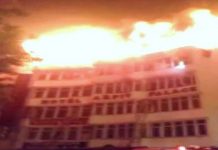