Manan Bashir Wani, research scholar at the Aligarh Muslim University (AMU) in Uttar Pradesh has joined Hizbul Mujahideen, confirmed the terror group. The scholar, who was said to missing while he was on a break to visit his family in Kashmir, was seen holding an assault rifle in photos that went viral on social media.

According to a statement released by Hizbul, educated youth of India are joining the terror group to take forward their freedom movement.

“It is a negation to India’s propaganda that youth are joining militant ranks because of unemployment and economic problems. Educated youth are are joining Hizb to take the freedom movement forward” said a statement by the chief of the banned outfit, Syed Salahuddin.

On January 8, the university expelled Wani and ordered an inquiry into his activities in the campus. The Uttar Pradesh Anti-Terrorism Squad has also launched an investigation into the matter. According to the reports, they have seized “suspicious” material from his hostel room. 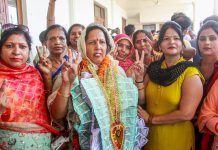 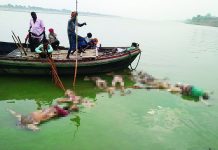