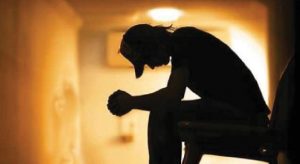 What is it? Depression!! This happens to everyone, there is nothing to worry about it. Start doing some exercise or go somewhere — this is the most common response of Indian society towards mental health issues.

WHO has listed India as the “most depressing country” with one of the largest populations suffering from mental illness including ranging from depression, anxiety to severe conditions such as schizophrenia. Another study indicated that from 1990-2017, one in seven people suffered from mental health issues.

Where there has been a lot of talk around mental health issues in recent times, mostly because of the Covid lockdown which forced all of us to sit and think about ourselves.

According to Psychologist Zehra Mehdi, a large number of people have come forward with mental health issues as she had received people with not specifically mental illness but with stress and interpersonal related issues.

Mehdi, a psychoanalytic psychotherapist based in Delhi and a doctoral candidate in Columbia University, has been practicing for a decade now. She said, “We usually don’t treat depression seriously. Like when somebody is not feeling like eating or sleeping or doing anything that is often referred as laziness. To able to understand that takes a lot of time. If someone is able to do that in a year or so then it is very good because mostly people take a lot of time.”

Taking time to realise or admit to yourself is very natural when you have a lot of stigmas attached to the whole concept of mental health-related issues.

Ravneet Param, 29, who is seeing a therapist for more than a year now shared that it takes a lot of time to admit that you need to see a doctor. She said, “It is necessary not to look at mental illness in binary like depression or stress or anxiety. There are layers to every illness and you have to identify that layer in terms of treating it.”

Ravneet took almost four to five years to admit that she needs help and her suicidal thoughts made her think of seeing a doctor. This time too it was her brother who advised her to visit a psychiatrist. “I used to think standing in my balcony that I might not die jumping from this floor and I have to go to the sixth floor to be able to do that. I somewhere started planning it.”

Ravneet’s initial problems might come across very normal to someone like feeling sad or happy at times. But it was not that normal for her. “I couldn’t understand the pattern. I understood this after seeing my therapist for a year. My psychologist informed me that I come under the category of Cluster B. In Cluster B has four different characters, so it will take time for me, a year or so, to arrive at a conclusion about my condition”, said Ravneet, who thinks that her mental illness is going to stay with her for the lifetime.

Most of the time the question you have is “what has happened that you are depressed” and it is the most stupid question ever to ask. In Ravneet’s case, she thinks that her years of extremely abusive relationships are the reason for her depression. “I didn’t even realise that I was in abusive relationships. I used to think that it’s just a breakup and I don’t have to make a big issue out of it,” she added.

Most of the time society just doesn’t understand the various aspects and layers to mental illness. When someone talks to a friend regarding anxiety or stress—that first response you get is “what’s the big deal”. Mental health is so stigmatised in our society that it needs a structural solution.

The recent cases of suicide or usually cases of teenage kids attempting suicide emphasised on having a serious conversation around suicide, depression and self-harm.

According to a WHO report published in 2019, India has much higher suicide rate than global estimates with 17.8 suicides per 1,00,000 people in 2016 over 10.5 global suicide rate. Though the Indian government hasn’t published the official statistics for more than three years; WHO’s report shows the lack of negligence towards mental illness in India.

On why do we have such high suicide rates, Mehdi shed some light on the ignored reasons around it. She said, “Suicide is the final act; it is not the start of the problem. Always remember that it is not like one fine day someone just decides to kill themselves. Something has been going on for a long time which we have definitely ignored.”

She further added, “We all have that one friend around us who has or had the habit of cutting themselves. We always take them lightly by saying “he/she is habituated of cutting”. But we have to ask why. Why would anyone like cutting? The explanation of seeking attention is too old to give now. Even if they do it to get attention — it is problematic in nature.”

Unlike Ravneet not everyone has the space to talk to their parents about mental health issues.

Vani Sahni, a 22-years-old graduate shared her experience of killing herself. “I was sitting on my bed and crying. Suddenly I took out the blade and placed a cut on my left wrist. I didn’t feel any pain. After sometime when the floor was almost flooded with my blood, I only cleaned it. It was the lowest point of my life when I felt that I just couldn’t do it anymore. That was the first time when I realised that something is very wrong.”

Vani’s narration to that day brought the question that what her parents did after that incident. What made a 22-year-old to attempt suicide? — and the answers to these questions were not so shocking. She told, “My parents are still in denial. They think that it was more of a stunt for me to get away with my low grades and my low performances. So I have never been to any psychiatrist because my parents are still not ready to accept that I have mental issues.

Vani, who is a gold medallist in swimming, went to depression due to the over expectations of parents. The pressure was just not the studies but her passion for swimming too and the constant impression of doing better than others forced her to leave swimming at the end. “There was not much choice, I had to just excel. There came a period in my life when suddenly everything just went downhill from my grades in studies to my performance in swimming. I was so disappointed in myself that I went deeper down the hole more and more as time went.”

She recalled those days said that most of the time she used to feeling worst about everything and eventually became silent in nature. “I stopped telling people about what goes in my brain instead I started faking normalcy so that I didn’t have to deal with the questions.

Vani didn’t know that she has depression until she attempted suicide as she has never seen or heard much about it. Her story raises a very serious issue of dealing with the stigma and less information on mental health issues. “In India, for people, mental illness doesn’t exist if they haven’t experienced it. We are in a constant state of denial to actually believe that someone is suffering from a mental disease which yoga and meditation cannot cure,” she added.

Bringing awareness around mental health is very much necessary and it needs a lot of conversation and acceptance. Talking about it will normalise the fact that it is okay to have stress or depression and to go to a therapist to seek help.

Since Mehdi specialised in Psychoanalysis and most of her work is associated with people struggling with self-issues and inter-personal relationships. She addressed the lack of acceptance not just as a stigma. She said, “The stigma is largely around the unknown aspect of it. When you don’t know something you are scared of it. This is exactly happening—and everything is contributing to that.”

She further said that normalisation of mental health is needed and talking about it only after somebody’s death won’t help it in the long term as mental health is just not only a crisis; it is more than that. “In Indian society, there is no normalcy around it and it will come with social acceptance otherwise it will remain social stigma. Depression is a social and political problem and you have to see it from the socio-political map. The more we talk about it; the more it will get normalise,” Mehdi added.