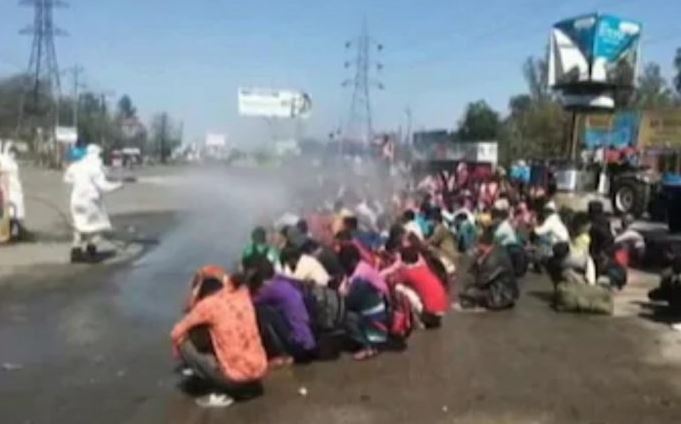 The shocking video of migrants being sprayed with chemicals has emerged from Uttar Pradesh.

In a video, a group of migrants who had returned to UP were made to sit on the street and chemical was sprayed on them.

Congress leader Priyanka Gandhi Vadra on Monday shared a video on Twitter, saying, “I appeal to the government in UP… all of us are fighting together against this crisis. Please don’t indulge into such inhuman actions. The labourers have already suffered a lot. Don’t bathe them in a chemical solution. This will not protect them will create more trouble to their health.”

He asked: “Use of chemicals to sanitize people raises some questions – Did WHO issue instructions for this? What is the treatment of chemical burns?  Had any arrangement been made for the people on the streets to change their wet clothes? What is the alternative arrangement for soaked food items that they may be carrying?”

Bareilly District Magistrate in a tweet said. ” the video was investigated and those affected are being treated under Chief Minister’s Office’s supervision. The civic body and fire brigade team were instructed to sanitize the buses. Instructions have been given to take action against the officials concerned.”

He However in another tweet said, “this method of mass sanitization is being adopted in many countries of the world. While doing this extra care and safety should had been taken care of so that people did not feel discomfort.” 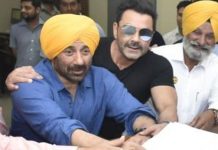