A MiG 29K fighter jet of the Indian Navy developed a technical malfunction while returning to a base in Goa on Wednesday morning and the pilot ejected safely, officials said.

The aircraft was on a routine sortie over the sea off Goa. “The pilot ejected safely and has been recovered in a swift search and rescue operation,” the officials.

The pilot is reported to be in a stable condition. A Board of Inquiry (BoI) has been ordered to investigate the cause of the incident. 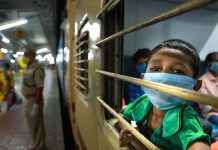