The PDP leader and the former J&K chief minister Mehbooba Mufti has jumped to the defence of the Congress leader Priyanka Gandhi after she was criticized by the  BJP MP Harish Dwivedi for wearing jeans in New Delhi and Sari and sindoor during her engagements with people. Mehbooba termed Dwivedi’s remarks “sexist”.
“Sadly even in today’s modern world, patriarchy plus brazen sexism always raises its ugly head and is normalised. What a woman chooses to wear is none of anybody’s business. Anyone who indulges in such talk clearly needs therapy so I hope he gets well soon,” Mehbooba posted on Twitter.
Priyanka was handed charge of Uttar Pradesh east as Congress party’s general secretary on January 23.
Mehbooba’s support for Priyanka is significant as both the National Conference and the PDP will be looking for  alliance partners  following the Assembly polls expected to be held in near future.
The PDP had earlier formed a coalition government with the Congress from 2002 to 2008. It was followed by a coalition government between NC and Congress from 2008 to 2014.
However, from 2014 onwards, the PDP was part of a disastrous alliance with the BJP. 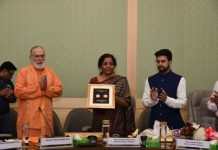 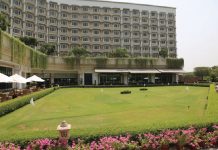 Hospitality in India gets environment-friendly