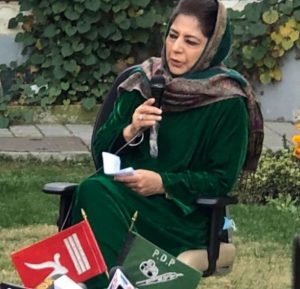 Mufti called NIA a pet agency of BJP to intimidate and browbeat those who refuse to fall in line.

Taking to the microblogging site, Mufti in a tweet said, “NIA raids on human rights activist Khurram Parvez & Greater Kashmir office in Srinagar is yet another example of GOIs vicious crackdown on freedom of expression & dissent. Sadly, NIA has become BJPs pet agency to intimidate & browbeat those who refuse to fall in line.”

Earlier on October 23, Mehbooba attacked the Centre over abrogating of Article 370 and said that the country will run on the Constitution and not on the BJP’s manifesto.

The PDP chief who was in detention from August 5 last year after the abrogation of the special status of the erstwhile state, was released on October 13. 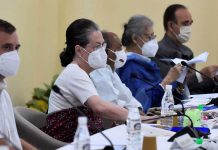