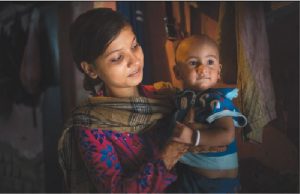 In a news report released on August 31, it was claimed that at least 61 pregnant women and 877 newborns died in Meghalaya since April 2020 as the health machinery was directed toward battling the spread of the coronavirus. The statement from a top state health department official created a furore on social media, with some sections questioning the government over providing inadequate resources to the state health infrastructure.

Dr Aman War, Director of Health Services, Meghalaya, blamed the newborn deaths on the lack of medical attention, care, pneumonia and birth asphyxia. He added that the infant and mortality rate had risen sharply as Meghalaya was busy paying attention to the surging Covid-19 cases in the state. He acknowledged that most women had died because they preferred deliveries at home rather than hospitals or health centres for institutional delivery.

Tehelka dug deep into War’s statement about the deaths happening due to an overburdened health infrastructure in the state. This correspondent spoke to a number of top officials in the Meghalaya health department, including the Health Minister Alexander Laloo Hek, who clarified the statement made by Dr Aman War.

According to Hek, the data provided by the Health Services Director was misrepresented and the government had been committed to the mother and child healthcare even as the pandemic raged across the state. He gave multiple reasons for the surge in the deaths of pregnant women and the newborns. The Minister said the pregnant women, especially in the rural areas, were increasingly preferring traditional ways of deliveries, instead of the institutional delivery at the hospitals and health centres.

“There is no issue. Actually, a lot of village women are not coming to the hospitals due to the Covid-19 situation, and they deliver the child at home. We have been raising awareness among the rural areas to encourage women to prefer institutional deliveries, where care can be taken, of the mother and the newborn baby,” AL Hek told Tehelka.

On the question of the statement of Director Health Services Meghalaya that the state government had to divert health resources to Covid-19 patients, and were incapable of dealing with other patients, Hek said, “I am not saying we have completely inadequate facilities, but we have a lack of few facilities. But we can at least manage any eventuality or the circumstances for the delivery of the pregnant women, but the problem is many of them like to go the traditional way of the delivery. But they are not encouraged and nor are they coming for institutional delivery.”

The traditional deliveries are commonly practiced in the rural areas. The other reason the Minister gave for the surge in deaths was that the pregnant women in Meghalaya don’t go for regular check-ups. Timely monitoring helps prevent any complications for the women, and skipping such check-ups only increases the risk to the mother and the child. Moreover, the traditional deliveries are risky and happen mostly under patronage of women who have inadequate medical knowledge and scientific know-how of the delivery. Across the country, the government data shows that in 2018, around 82.5 per cent of the deliveries were institutional, including both government and private hospitals. The percentage is 94.7 in urban areas against about 78.1 in rural areas.

Tehelka also contacted the state’s Joint Health Secretary TGMomin, who also maintained that the statement had been misconstrued in the media.

In an email to Tehelka, Momin had this to say, “In this connection, I am to say that the data has been misrepresented and that the Department had remained focused on maternal and child health issues even during the pandemic. A number of reasons contribute to maternal and child deaths and it will be incorrect to presume that the state has a high maternal and child death rate due to lack of clinical management. The causes are being closely examined to devise strategies to tackle them.” 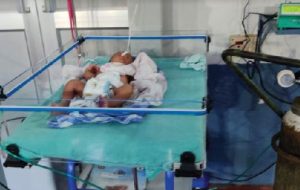 According to Dr Aman War, Meghalaya has an infant mortality rate (IMR) of 34 deaths per 1,000 live births, with pneumonia being the major cause of deaths of babies at birth, followed by birth asphyxia. The state has not been doing well as far as IMR data is concerned. Recently released data by the Registrar General of India shows the national IMR at 32 in 2018, and Meghalaya is well above the national average, although the state has reduced the rate considerably over the years.

The data for child and infant mortality is still very disconcerting and continues to be a huge healthcare challenge across the country. The recently released data shows an estimated 8,82,000 child deaths under the age of 5 in 2018 in India, which proves that the healthcare structure is still struggling to cope up.

The state’s health department says Meghalaya is one of the few states in the country “who did not lose focus of the basic health indicators and this is evident from the fact that despite the Covid-19 pandemic, the state has been able to rank 2nd in the country with 90 per cent immunisation coverage.” The state was appreciated after the central government declared that the Full Immunisation Coverage (FIC) in Meghalaya had increased from 61.4 per cent to 90 per cent this year.

“The State had launched MOTHER program in August 2019 to tackle this issue at a very granular level. In addition to Covid-19 management, the state government has been focusing on improving maternal and child health indicators of the state. From the month of May 2020, a system of weekly review meetings (through video conference) on maternal and child health (MCH) issues are being taken up on every Monday by the top officials,” the health department said.

The Joint Secretary said the officials are being entrusted with the responsibility to remove the fear of Covid-19 and educate and encourage the communities and the pregnant women on the importance of institutional deliveries and full immunisation to reduce mortality.

“Due to these focused efforts, even during the pandemic and lockdown, the state kept the institutional delivery percentage to the same as before the lockdown. This has been achieved while the state has continued to remain with the least number of Covid-19 infections per million population in the country,” the health department added.

The health department provided an analysis of data for the month of April to July 2019 compared to this year, and it did show the number of maternal and infant deaths as being comparatively the same. The infant deaths for the months April-June 2019 were 690, while for the same period this year, the figure was 876. The maternal deaths in the same period last year were 59, while for this year the figure was 63, a slight increase.

The statement said the reporting had also increased during this period because of close monitoring at state level and the introduction of MOTHER app to track every delivery, showing a higher death toll.

The government of Meghalaya has been taking many initiatives to contain maternal mortality and infant mortality rates in the state. The state government launched the ambitious ‘Meghalaya’s Outcomes oriented Transformation in Health, Nutrition, Education and Rural development Program or the MOTHER program in August 2019. The program envisages the centrality of ‘mothers’ in achieving the development goals in health, nutrition and education. The MOTHER app launched alongside promised transparency and urgency in the delivery of crucial healthcare support to pregnant women across the state.

The state government has identified some key reasons for the high maternal and infant deaths in the April-June period. “One of the biggest revelations that the department came across during the reviews was that lack of institutional delivery and medical attention are just some reasons for high maternal and infant deaths and these cover only one dimension of clinical management of the entire mother and child health (MCH) scenario. A deeper analysis of the data as per state records reveals that there are other multiple reasons that contribute equally, if not more, to this. This includes women approaching health centres with multiple pregnancies without adequate birth spacing, teenage pregnancies and women with severe anaemic issues, which form part of the public health issues,” said the Secretary, Health and Family Welfare.

Another reason that the department identified is the socio-cultural aspect that contributes directly to the high maternal and infant deaths. “These include non acceptance of birth spacing measures (use of contraceptives) among members of society, practice of early marriage among various sections of people which directly contributes to teenage pregnancy, dependency of people on untrained birth attendants despite awareness by ASHAs and ANMs, lack of diet diversity, which causes women to become anaemic in the long run, among various other socio-cultural issues,” the statement added. The health department assured it’s taking all measures to contain the situation and make healthcare affordable and accessible to all pregnant women in the state.

“Along with the weekly MCH review meetings, rigorous sensitisation exercises are taking place with active participation from grassroots healthcare workers on the need to identify high-risk pregnant women and to bring them to health centres even before their expected date of delivery,” a reply statement from the health department said. Besides the above measures, the state brought a reservation policy to promote women leadership in village employment councils (the elected bodies at village level).

The state has also come up with an ambitious plan to build women SHG (self-help group) network in all villages by organising at least one woman from every household by end of this financial year. The village level SHG federations will be nurtured as ‘Health and Gender Forums’ to give more voice and participation to women on the issues that concern their lives.

The health department highlighted a number of crucial steps the government has been taking to improve the healthcare infrastructure and ensure seamless medical services to pregnant women in the state. The state has been improving on all the health indicators compared to the country as a whole, however, progress is still needed in many areas. The statement made by Director of Health Services (MI) in this regard reveals a clear misinterpretation of the data.

“Hence to conclude that the high maternal and child death rate in the state is due to lack of clinical management would not be a correct analysis and brings out only a partial understanding of a wide plethora of reasons that the government is fully aware of and also addressing diligently at source while encouraging conversations and discussion around the same among various stakeholders,” the health department said.