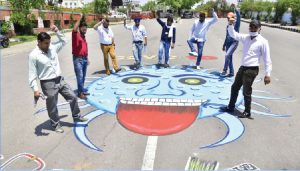 It is not between you and me, him or her. Each and every inhabitant on planet Earth is talking about the so called accidental leak of lethal virus coined as CORONA.

It remarkably changed the scenario around everyone within no time.

Smita was one of them. Lockdown was the new word introduced to many like her. Every news channel was reporting about the havoc caused by the virus. Corona news made people sure that soon they will face the situation of complete lockdown in their country too. Today the news got confirmed. Almost everyone was trying to reach home well in time to avoid any kind of difficult situation. Most of the non-essential services were closed a few days back. This move helped people prepare and understand the catastrophic condition of the quickly spreading pandemic. Shops were flooded by buyers. Everyone was prepared to stock the necessary groceries and other stuff at home to last for atleast two months.

22nd March, 2020; curfew was imposed as a safety measure. The public understood the need of curfew for maintaining social distancing and locked themselves home. Sadly around 10 per cent of the public did not cope up with and became a headache and challenge for the police and local administration.

People were following the news of corona spread from all the available sources of information. Many of them still failed to realise the seriousness of the prevailing situation. There were countless jokes were made on the virus and it’s effects. Social media with a great speed was sharing matter on the same, sometimes real and mostly hoax. This created panic. Thankfully, soon the government intervened and people stopped this practice. Launch of official sites helped people understand the life cycle, moods and dwelling areas of the notorious virus. Arogya Setu app launched by the government further helped people in many ways.

Smita was now at home for about a month with her family.

First few days were very interesting and relaxing for her. There were no hurries. Mornings were quiet, noons sluggish and evenings peaceful. It was a nice unexpected break. The feelings of enjoying tea in the morning hours and savouring all the three meals in proper settings of time and place was a thing of joy which was forgotten for decades.

Ironically, in a week’s time her tongue retaliated because it was not used to of accepting hot meals. Offering prayers and making wishes in front of Almighty were the same but with ample time and much peaceful mind. The clock seemed useless and so did time. Gazing the clock’s dial minute by minute was totally gone. Even in the absence of house-maid, daily chores seemed simple and easy to manage because there was no hurry and no irritation of getting late for job. Every difficult corner of the house was happy to get a clean and complete makeover.

Couple of days passed and an artist inside her started rising. She made many things in the name of craft with whatever limited material was available at home. Then came the cooking part. Several least tried dishes suddenly gained a place in her routine menu. Brilliant coloured dishes presented in unique ways were clicked to share with friends and relatives before allowing anyone to relish them.

This phase was also over soon.

Gardening was a routine but with limited stuff to care for and whatever was available for propagation. Telephonic conversations with close friends and relatives continued.

Sometimes the matter discussed telephonically left her in a numb situation as it initiated the memories of many of the good and bad experiences from the past. Time at her leisure made her introspect herself and the situations which changed her line of thinking in many personal and professional matters.

Locked inside the safety of the four walls of her house, she was busy enough in creating new things around and inside her.

At the same time her heart pained for the victims of virus. She felt ridiculous and helpless to find that the people of medical teams and police are being ill treated by the general public and at times by the corona affected patients too. Such incidents every time initiated a long chain of thought process which always left her in the state of perplexity about the understanding of different mindsets of people worldwide. Human brain and human behaviour are, no doubt, vast subjects to study; no matter how learned and how noble you are. Your true self is revealed when your personality is put to test under extreme and adverse situations. Current pandemic was such a situation. People many times behaved abnormally to deal with the situation and many times they emerged as real heroes.

The only thing she could do was visualising her own reactions under such circumstances. She realised that the most desired assets like money, power and fame altogether are of no use in situations like this. The only thing which is important for human race is survival. Each and every being on earth was praying for the well-being of others. They were applauding and continually praying for those who were directly or indirectly helping the human race to sustain its existence. They were the people from medical teams, government employees and those who were silently feeding the poor public which suffered in every way during lockdown.

Smita felt that the people who were complaining about their boredom or financial losses were exaggerating their conditions. Losing heart and hope is not going to help anyone. Such times demand patience, cooperation, positivity, adaptability and above all intellectual approach. We all need to pick our part of responsibility. No matter how big or small but let’s share it.

Smita flawlessly contributed her part. She followed each and every instruction meticulously to prevent her family from the virus.

She helped the needy around her with money, medicines, groceries and at times with positive thoughts. She thanked the supreme for giving her chance and power to help her fellow earthlings. She was ready to be locked inside her house to unlock the healthy, bright and better future of humanity. This was the best she could offer from her side to deal with the situation.

My fellow inhabitants, it’s time to add value to the world. It’s time to take personal responsibility. This phase will also pass. You are the only generation who has got a chance to stop and count the blessings placed just by your side which you have overlooked for long. Your sight has now been made clear to look for those blessings. Count your treasures which you left untouched while following the pragmatic school of thought. Above all, spend time with your family.

Try to understand the nature and behaviour of your dear ones. Help your near ones in different things and also get help from them to improve and enrich your own self too.

We are attached not only to our families but also linked closely to the arena around us. Let’s become sensitive towards the whole environment.

You are the generation which has witnessed nature repairing herself without your help in no time.

It’s a clear message to you from mother nature that you are not welcomed if you do not change your attitude towards her. Control your ambitions. Be sensitive towards other species. When all the rallies, slogans, campaigns and projects throughout the world failed to protect nature, she herself took charge and taught everyone the right  approach to protect her.

It’s the only time to re-think, re-observe, re-frame, re-plan, re-achieve and re-live.

This phase will surely pass.

The important thing is to learn certain lessons of life and make improvements to move forward and emerge as a more sensible and responsible species of the universe. 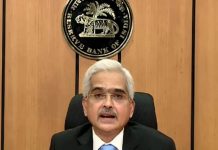