Lubna Sen on Art
Nilima Sheikh stands out among contemporary artists. Unlike most of her peers her works have a narrative built into them. These narratives are based on the memories of her childhood spent in Kashmir as well as the recent turbulence in the Valley. The style of incorporating Mughal and Pahari painting techniques into her canvas while building a contemporary image is what sets her work apart. Her canvases are extremely detailed and these intricacies also weave the emotions that an artist undergoes.
Sen is the co-founder of The Art Route, a Delhi-based art  organisation

Ankit Chadha on Books
If I had to choose only one book to recommend, it has to be French aristocrat and author, Antoine de Saint-Exupéry’s The Little Prince. Its simple yet profound narration makes it easier for everyone to relate. The personal accounts here are wrapped in an element of fantasy, which allows the reader to not just think but also invokes a sense of wonder.
Chadha is the author of My Gandhi Story

Deepmala Mohan on Music
I was born and brought up in Lucknow, so Begum Akhtar influenced me a lot. I was fortunate enough to witness her charm and the rapport she built through her singing. I’ve tried to imbibe her intimate style of singing and the way she reached out to each one in the audience. Her ghazals like Woh jo hum mein tum mein qarar tha remain unmatched till date.

Mohan is a Delhi-based folk and sufi-folk singer

Vivek Khatkar on Film
I am all praises for Polish filmmaker Krzysztof Kieslowski’s mini series The Decalogue, based on the Ten Commandments. The fifth and sixth of the series were turned into longer feature films. I like the way he treats the subject and what he makes out of it — powerful visuals. Kieslowski makes you think and question, but without judgement. His creation of sounds in particular is wonderful — a man in the car falls dead on the wheel causing a continuous honking, making it sound like a train passing by.

Dhruv Oberoi on food
Swati Snacks proved to be a fullfilling discovery in Ahmedabad. The eatery has a simple ambience and a waiting area with water sprinklers. You can find home style regional cuisines with a mix of Gujarati, Maharashtrian and Rajasthani dishes. Among my favourites are panki (rice pancakes in a banana leaf ), dhansak, dal dhokla and baked khichdi. Gattey ki sabzi with masala roti and dal-baati are also worth recommending. Maharashtrian staples like thalipeeth, pithla bhakri and sabudana khichdi are also popular here — almost everything to pamper vegetarians to the hilt.
Chand is a Delhi-based food, travel and lifestyle writer 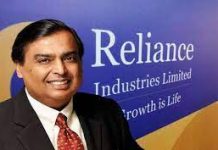