When speaking of contemporary art, I would have to recommend Vineet Kacker. He is a ceramic designer and pottery artist. His work is inspired by the Himalayan landscape, and the colours he uses are warm and earthy. The texture of his creations are also incredibly interesting. What I found amazing about his work was that it could be meditative because of the Sanskrit scriptures he inscribes on it. At the same time, his work is also extremely playful because the shapes of his pots and ceramics are so surreal and fun to look at. It is the simplicity in some shapes that provides this playfulness in his art.
Baig is a contemporary Indian artist
[/box]

RD Burman The Man, The Music by Anirudha Bhattacharjee and Balaji Vittal is an insightful, anecdotal and definitive biography of a musical genius. The book is lucid; a delectable anecdote jumps out from every page. An excellent exploration if you are a Burman fan, a great read even if you are not, because even the peripheral characters are people that we know and admire.
Sen is the author of Sonar Gaaon
[box]

I love listening to the band Periphery because of its unique style in metal. The founder, Misha Mansoor, has a certain style of playing the guitar; his tone and notes add a unique blend of sound to his music. I would put them under the category of progressive rock. The other band I really like is Scribe. It is a Mumbai-based band that plays metal or hardcore music. The most interesting part of this band is that it is influenced by Bollywood music immensely. Listening to these guys is a pleasure.
Roy is the guitarist with the band Mutiny in March
[/box]

Valmik Thapar on Film
A television series called Caught In the Act caught my attention. For me, after working in the wild for so many years, the natural habitats of animals and how they survive them are fascinating. What this series does, which no other documentary does, is to put a variety of filmmakers in the wild for weeks and months across Africa or India. Their purpose is to capture the wildest and scariest battles between animals. I enjoy these encounters because it’s natural and what you least expect happens. These documentaries show the natural world we are unaware of.
Thapar is a wildlife documentarian
[box]

Randhir Tiwari on food
One of the NCR’s finest North Indian restaurants, Sahib Sindh Sultan, takes you back to 1853, when the first Indian train made its run from Bori Bunder to Thane, with a tastefully done decor. The food too reflects this rich past, with a blend of cuisines of several states — Gujarat, Uttar Pradesh, Rajasthan and Punjab. It also serves a great variety of Anglo-Indian dishes. There is an exclusive wine list and a collection of cocktails such as margaritas, mojito or the caiprioska. The exotic desserts will satisfy any sweet tooth — litchi ki tehri, flambéed gulab jamun, pineapple halwa and kesari gajar halwa.
Tiwari is a Delhi-based Chef
[/box] 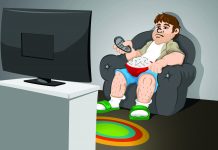