Parul Vadehra On Art
An interesting show is The Elephant in the Dark, an exhibition of contemporary Iranian art curated by artist and curator Amirali Ghasemi at the Devi Art Foundation in Gurgaon. Including works by 52 artists, the exhibition takes a poem by Rumi (with the same title) as a starting point to articulate the concepts and ideas that Iranian artists have been engaging with over the past few year. The works are a commentary on the social and political conditions surrounding the artists, within and outside Iran. There is a great mix of established and young artists giving the viewer a palpable sense of contemporary Iran and how artists are responding to it.
Vadehra Is The Director Of Vadehra Art Gallery
[box]

Easterine Kire On Books
Malawian poet Jack Mapanje was imprisoned for his writing for almost four years in a maximum security prison. The poems in The Chattering Wagtails of Mikuyu Prison were first “written in his head” while he was in jail, deprived of pen and paper. The sweeping time structure spans the biblical era to Yorkshire, his present home, and drily humourous descriptions of Mikuyu prisons .

‘The poems first came to Mapanje in his head, when he was in jail without pen and paper’


Ankur Tewari On Music
Sahej Bakshi aka Dualist Inquiry is fast becoming a phenomenon in the indiemusic scene. The first time I saw him play was at an after-party during the first NH7 Weekender. By the time his set was over, I was a fan. He effortlessly juggles with genres and rhythms. His fearless skills behind the sound console are complemented by his sublime music production talent and dreamy lead licks he plays on his electric guitar. His Gravitat is on loop on my iPod.
Tewari Is A Mumbaibased Songwriter
[box]

Steven Bognar On Film
Granito, by Pamela Yates and Paco de Onis, shows how a documentary from 30 years ago plays a part in the International Criminal Court today. It’s the story of an unknown genocide in Guatemala. The movie begins with images of 16mm film being gently threaded onto a Steenbeck editing machine. The hands are Yates’, who looks through her old footage of the CIA-backed war in Guatemala for clues to use in a trial against the former Generals now accused of war crimes. The story spans 30 years from the US to Spain to Central America.
Bognar Is A US-Based Filmmaker    [/box]
Ajit Singh On Food
I’ve been going to Moet’s Sizzlers in Defence Colony Market, New Delhi, for years and the recipes have remained the same. They’ve stayed true to their roots, and concentrated on making the sizzlers their popularity is based on. The menu is select but delicious and value for money. My favourite dish is the baby lamb chops. The service, too, is very friendly. The same waiters have been there for some seven years, and I have a great comfort level with them. It is a small place, with barely eight tables, but designed after an English diner, with stone floors and wooden furniture.

Singh Is The Co-Owner Of Manajsa, New Delhi 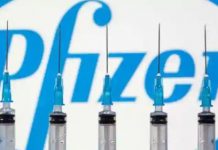