Dhruv Ganguly on Art
Johannes Vermeer’s Girl with a Pearl Earring has intrigued art lovers for centuries. The famous portrait is believed to tell the story of a young girl who worked as a maid. It is an intimate depiction of its subject in the photorealistic style. Her intensity of expression, moisture on the lips and clear play of chiaroscuro suggest a subtle playfulness that is instantly capturing. Her wide, enigmatic eyes are part of its allure. The Dutch painter used bright, lavish shades and the quality of his brushwork is such that it makes the painting a subject of baroque ages.
Ganguly is an illustrator and artist based in New Delhi
[/box]

Pavan K Varma on Books
The Power of Now by Eckhart Tolle combines a great deal of ‘Vedanta’ with Hindu metaphysics, but is put forward in an easy-to-comprehend manner. Tolle liberates you from tyranny of the past and worries of the future. He puts attention on the moment that is now, pushing aside the persuasion of sterile ambitions. Acknowledging this moment with gratitude is the only measure of success.
Varma is an author and a diplomat
[box]

Uday Kapur on Music
I’ve been exploring chillwave sounds and the one artist I keep coming back to is Toro y Moi aka Chazwick Bundick. His new LP, Anything in Return, has its roots in analog synth elements. Moi’s sounds have evolved over time, incorporating various influences. With tonnes of groove and a generous dose of synth pop melodies, these tunes are perfect for laidback house parties, metro rides and those times you re-enact The Perks of Being A Wallflower scenes.
Kapur produces music as Tanktop Jimmy
[/box]

Sourav Sarangi on Film
Quarter Number 4/11 is the directorial debut of Ranu Ghosh, a cameraperson working on documentaries. The film revolves around the life of Shambhu Prasad Singh, a man caught in trauma and anxiety after he loses his job as well as his home. Quarter Number 4/11 is a low angle, ground zero perspective on development, as seen by somebody who is being crushed under its weight. By following Prasad’s narrative, the film explores the injustice inherent in the fabric of the ‘successful’ city. This is a hauntingly true story.
Sarangi is a cinematographer and an award-winning filmmaker
[box]
Harish Bhardwaj on Food
Situated in a lush and shady corner of Lodhi Road, Delhi, Ploof Deli Kitchen is a cosy place with bright interiors and quirky pictures. The asparagus and smoked cheese rolls, prawns in Thai black pepper sauce and Vietnamese grilled chicken skewers make for a good start. One must not miss the seafood here. Flavoured with olive oil and a squeeze of lime, the grilled sea bass fillet and the seven seas risotto are delectable. You can also buy sundried tomatoes, ready-to-cook meat plates, olives, herbs, cheese and a lot of those little ingredients the lack of which usually derails your Italian culinary skills.
Bhardwaj is the owner of Mighty 8, Gurgaon
[/box] 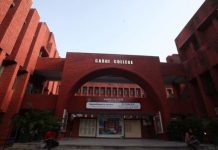