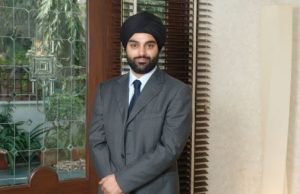 The Economic Offences Wing (EOW) of the Delhi Police arrested Chadha on Wednesday at airport while he was trying to escape to Thailand, sources said.

Manpreet Singh Chadha aka Monty, the director of Uppal-Chadha Hi-tech Developers Private Limited and Vice Chairman of Wave Group is accused of cheating people of about Rs 100 crore by making fake promises on the name of promising a Hi-Tech township project in Ghaziabad near Delhi.

A Look Out Circular (LOC) was issued against Chadha for cheating.

Chadha will be produced before a local court today.

His father Ponty Chadha and his uncle were killed in a shootout at a farmhouse in Delhi in 2012.