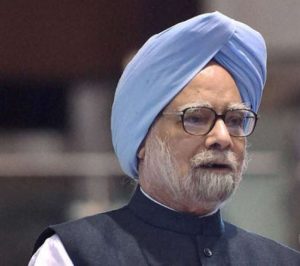 Former prime minister Manmohan Singh on Friday refused to be drawn into the controversy when asked by reporters for a reaction to the trailer of “The Accidental Prime Minister”, the biopic based on the book by his former media advisor Sanjaya Baru.

The trailer of the movie was released on Thursday. It revolves around the life of former prime minister Dr Manmohan Singh. The trailer shows Singh as the victim of the inside politics in Congress ahead of the 2014 general elections.

The trailer instantly caused a stir on social media.

“Riveting tale of how a family held the country to ransom for 10 long years. Was Dr Singh just a regent who was holding on to the PM’s chair till the time heir was ready? Watch the official trailer of #TheAccidentalPrimeMinister, based on an insider’s account, releasing on 11 Jan!” the BJP said in a tweet.

Former chief minister of Jammu and Kashmir Omar Abdullah took to his twitter account and tweeted, “Can’t wait for when they make The Insensitive Prime Minister. So much worse than being the accidental one.”

Anupam Kher, who is essaying the role of Manmohan Singh in the film, said that the movie is going to be a “game changer” in political biopics.

‘The Accidental Prime Minister’ is scheduled to release on January 11, 2019. 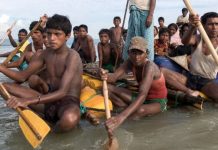 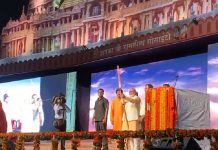