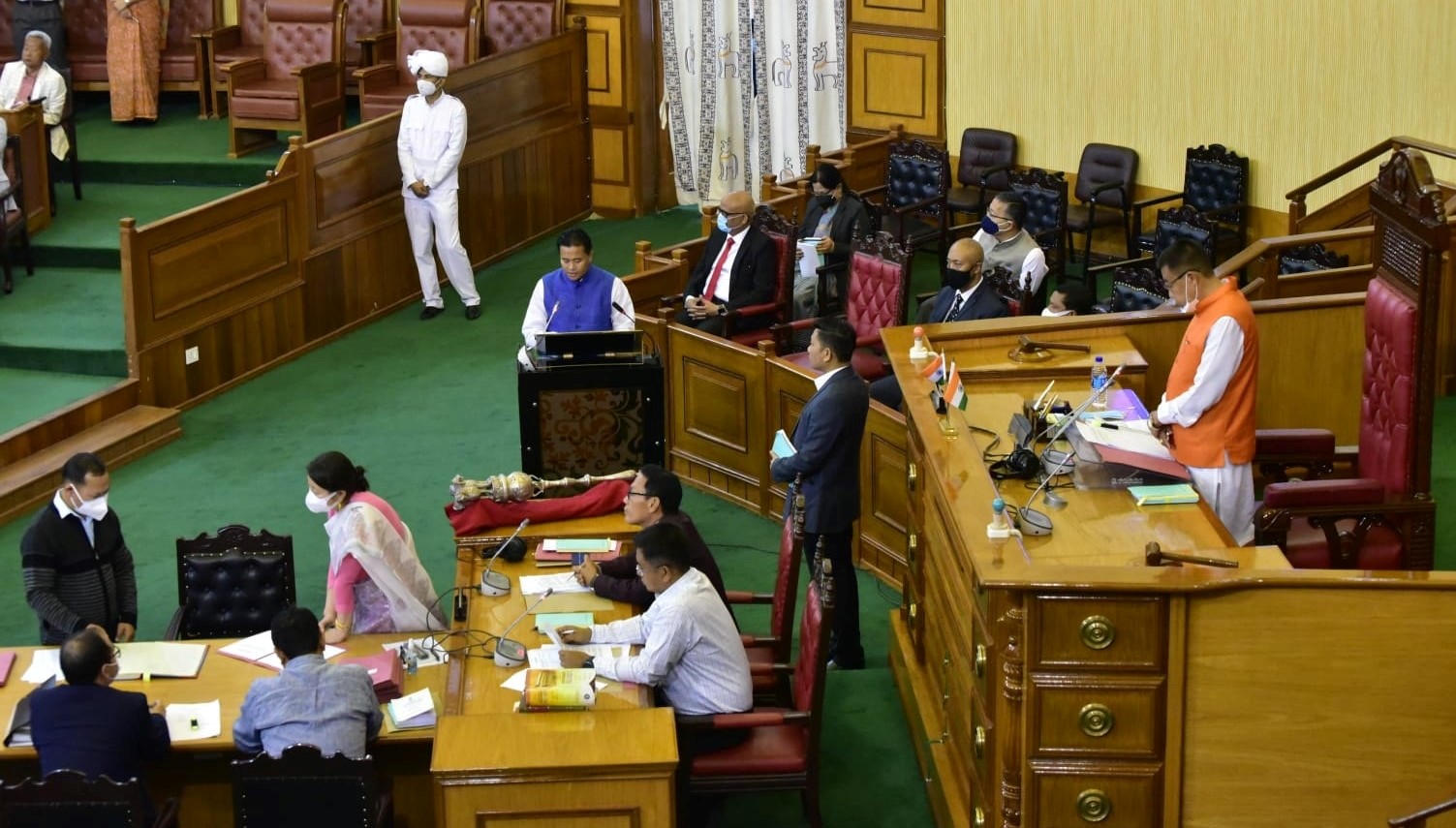 Former Chief Minister who is currently holding the caretaker post of the same position N Biren Singh, and 59 other elected members of the 12th Manipur Legislative Assembly on Monday formally sworn-in as MLAs of their respective constituencies at the Assembly Hall in Imphal.

Sorokhaibam Rajen Singh, the former Education Minister who took oath as the Protem Speaker of Manipur Assembly on Sunday, administered the oath of office and secrecy.

Soon after the oath-taking ceremony, Mr. Biren wrote on Facebook: “I’m privileged and honored to have sworn in as a Member of the 12th Manipur Legislative Assembly at the Assembly Hall in Imphal today.”

Biren, on Friday, tendered his resignation from his post a day after winning the Heingang constituency, defeating his lone rival – Congress nominee Pangeijam Saratchandra – by a significant margin of 18,271 votes. Governor La Ganesan, who received the resignation letter, asked him to be the caretaker Chief Minister till the finalization of the Chief Minister’s post by national leaders of the Bharatiya Janata Party.

In the 11th Manipur Legislative Assembly, the BJP formed a coalition government on March 15 with N Biren Singh as the Chief Minister. However, even though the BJP has won the absolute majority this time, the saffron party has suffered a setback in deciding the next chief minister yet.

Given the current scenario, multiple media reports and political experts point to Thongam Biswajit Singh, who won the Thongju seat as the top contender of the CM’s chair apart from Mr. Biren. And former state Congress chief Govindas Konthoujam and Assembly speaker Yumnam Khemchand Singh are also rumored to be vying for the top post.

The 2022 election saw BJP winning 32 seats, the first time the party has ever performed, leaving only five seats for Congress that had won 28 seats in the 2017 election. National People’s Party bagged seven seats, two more than Congress, and the Janata Dal (United) and Naga People’s Front (NPF) won six and five seats, respectively.