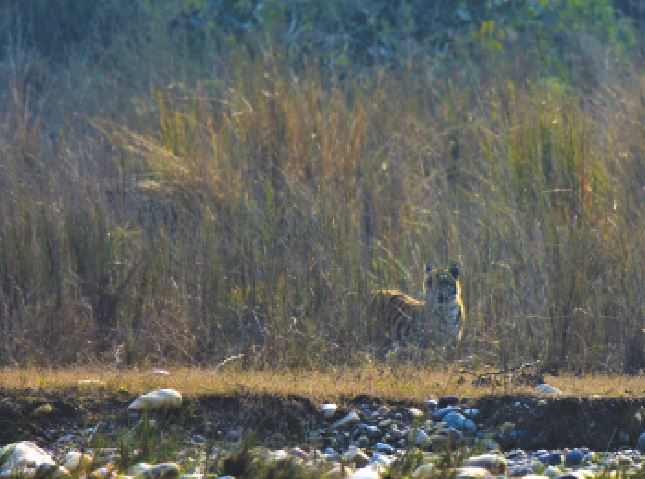 Raj Kishore Chauhan, a resident of Kari Kot village in Bahraich district of Uttar Pradesh, lost his mother in a leopard attack two years back. “My mother aged 55 went out of the house to attend the call of nature early in the morning when a leopard dragged her away. It was most unfortunate,” he said.

The northern portion of Bahraich district bordering Nepal is part of the Terai, a landscape which witnesses a high degree of human-wildlife conflict with 26 cases per year. The maximum number of human deaths and injuries are due to tigers and leopards, the two big cats dominating the region. So, for people like Chauhan, it is living on the edge. They have to take all necessary precautions to protect themselves against sudden attacks

The state is second to Uttarakhand in terms of human-leopard conflicts and to the Sundarbans in terms of human-tiger conflicts, informed Mayukh Chatterjee, an officer in charge, human-wildlife conflict mitigation, Wildlife Trust of India (WTI).

The organisation based in Noida is running a conflict mitigation programme since 2014 in the Dudhwa-Pilibhit landscape, a part of Terai, and lying in the north-eastern fringe of Uttar Pradesh which harbours about 2000 villages. The project, which initially started in 10 villages, has now spread to 40.

While Bahraich’s Katarniaghat Wildlife Sanctuary, a part of the Dudhwa Tiger Reserve, witnesses a lot of conflicts due to leopards, the Pilibhit Tiger Reserve records a high number of tiger conflicts.

WTI data shows from 2008 to 2020, there have been 102 deaths and 57 injuries due to tigers in the region. When it comes to leopards, 31 human deaths and 139 injuries have been recorded over the same period of time. A lot of retaliatory killings also take place.

To manage conflicts in Dudhwa-Pilibhit, primary response teams (PRTs) have been formed at the ground level. These are functioning since 2014. Currently, there are 98 PRT members, up from the initial 54. But as it is an ownership project and not an employment scheme, they are not paid. Prem Chandra Pandey, who works with WTI and is based in Lucknow, said sometimes basic field gear like torches and raincoats are given to the PRT members. As they are good citizens, we stay connected to them and impart training from time to time, he added.

“PRTs have been formed at the village level from local community members, and their role is to give out information about conflict situations. If a leopard is spotted in a sugarcane field, a PRT member gives information and tries to avert a crisis. We have selected mainly those people who are aware of and have an interest in wildlife or those who can control the crowd exceptionally well. Though conflicts arise due to elephants coming from Nepal as well, it is seasonal in nature whereas conflicts involving big cats continue throughout the year,” Pandey said.

PRT member Harikesh Choubey has been working since 2010 in Katarniaghat. He said as sugarcane fields are adjacent to villages, animals often enter human habitations. “In case of attacks and injuries by animals in villages, PRTs extend all possible help to victims. We also request people not to kill animals in a fit of anger. The members are working with the cooperation of the forest department and keep in touch for smooth functioning,” Choubey added.

Another member Umesh Singh from Kari Kot has been engaged as a PRT member since the past three years. Singh said information about attacks and deaths due to big cats is relayed. “When casualties take place, people become angry and try to harm the animals. But necessary precaution must be taken to avoid encounters with tigers and leopards. The government cannot always arrange for every facility for citizens. It is in our hands to look after ourselves. We urge people to move about in groups for safety, be alert and careful and carry torches and lights after sunset.”

The Terai landscape is dominated by grasslands. But over the years, natural grasslands have been decimated by humans, who started sugarcane cultivation for profit. Sugarcane fields are dense enough to provide cover to tigers, and even leopards, and allow their movement where there is no forest continuity. The fields are both a bane as well as a boon for animals.  “While sugarcane fields allow an opportunity for dispersing tigers to move, these also give rise to human-animal interactions, sometimes leading to tigers being killed or captured,” Chatterjee added.

Besides the formation of PRTs, village-level awareness campaigns are organised to sensitise locals from time to time. Posters and signboards are also used to educate them. School children are also taught about environment, wildlife and forest. Sanjay Pathak, director of Dhudhwa Tiger Reserve, said the forest department has its own PRTs too.

“The forest department also holds training and workshops for its staff and veterinary officers working in conflict-ridden areas. Whenever the PRTs hear about any conflict situation in the buffer area, they try to take the public into confidence so that people feel that the government is trying to help them out and not leave them in the lurch.”

With the gradual disappearance of forests, dwindling prey base and the easy availability of food in human-dominated landscapes, big cats, especially leopards, have started living in close proximity to humans, thus giving rise to conflict situations.

Though PRTs are active and are doing their work, data shared by WTI suggests deaths and injuries due to leopards have increased from 14 cases in 2017 and 2018, to 32 cases in 2019 and 50 cases till now in 2020. Chatterjee informed that though an increase is noted, it could be attributed to the increasingly functional PRTs relaying information on a regular basis from across the landscape.

“We are recording more and more cases now and reaching into deeper areas. So, the apparent rise is not due to an actual increase. It is just that our spread across the landscape has increased from 2017 onwards and also many more local village volunteers are reporting incidents actively,” Chatterjee said. 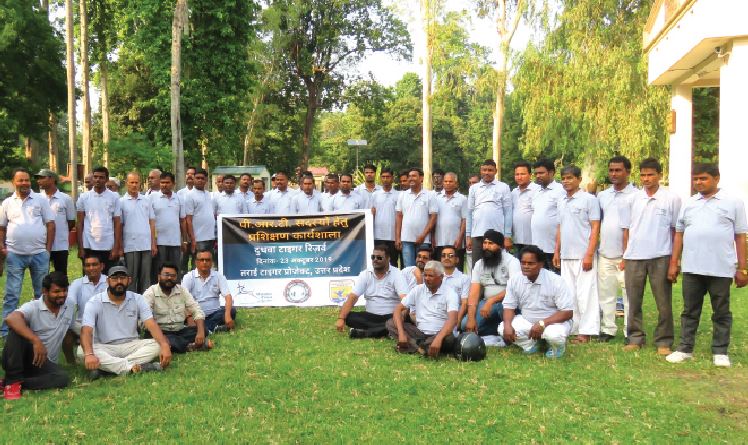 The success of PRTs is measured by taking into account tiger/leopard sightings by locals and estimating how many of these actually turn into conflicts. They also try to ensure that mere sightings do not escalate any further. So, in this way, a gradual reduction is being observed.

There are 82 tigers in Dudhwa and 57 in Pilibhit as per the latest estimates by the National Tiger Conservation Authority carried out in 2018. The Dudhwa-Pilibhit landscape is the source population of tigers, and possibly a key one for leopards as well. A source population is one that is self-sustaining and intact. In India, most charismatic species’ source populations coincide with protected areas. “So, if sugarcane tigers do not exist, it will affect the source population too, as it will get genetically closed with no individual immigrating into the population,” Chatterjee explained.

According to the Wildlife Institute of India, the Dudhwa-Pilibhit tiger population is the only population having the ecological and behavioural adaptations of the tiger unique to the Terai. Thus, it has a high conservation value.