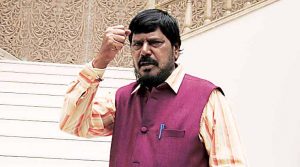 The incident happened when Athwale came down after delivering a speech and was about to leave the event, when the youth suddenly lunged at him, pushed and allegedly tried to slap him, following which people overpowered him and handed him over to the police.

Athawale’s personal bodyguards and police security pinned him down and whisked off from the venue.

The accused was identified as Pravin Gosavi. He was taken into custody by police.

The motive behind the attack is not known yet and the investigation into the matter is underway. 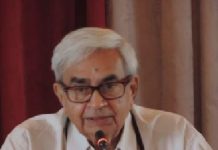