According to TMC Secretary General Partha Chatterjee, Banerjee was declared elected without a contest as no other leader entered the fray. “A total of 48 proposers and seconders had submitted nominations in favour of Mamata Banerjee. As there was no other nomination for the post of chairperson, Mamata Banerjee has been re-elected unopposed,” Chatterjee, the returning officer for the organisational polls, said.

Mamata Banerjee had founded the party in 1998 after breaking away from the Congress, and has headed it ever since. After two unsuccessful attempts at the hustings in the 2001 and 2006 assembly polls, the party came to power in 2011, defeating the mighty Left Front regime, riding the crest of massive public outrage against the Communists. It stormed to power for the third consecutive term in May last year after bagging 213 out of the 294 seats in the state assembly. 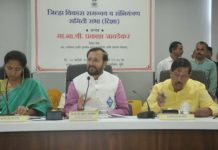