At one point in Shovon Chowdhury’s hilarious debut novel, The Competent Authority, the protagonist — a 12-year-old slum dweller called Pintoo — asks his headmaster to name one thing he would change about the country if he could go back in time. “Find Indira true love,” is the reply. “Maybe if someone had been by her side, giving her hugs from time to time, her heart would have been softer. Then perhaps she would not have hated us so, and turned us all into her servants, and gifted us the culture of chamchagiri, and made us an aristocracy of idiots, and allowed every manner of corruption to thrive, so long as the corrupt bowed deeply as she walked by.” (Pintoo, who can actually send people back in time, dismisses the idea since “engineering romance sounded like a tricky business”.)
There’s much speculative thinking like this in the book. It is a novel set in the immediate future that sends three of its characters to the past to undo three key events in Indian history. But what The Competent Authority is really concerned with is the present. The India of the book is ostensibly different from real life. After a particularly hawkish prime minister refused to apologise to the Chinese for feeding a Tibetan baby (the next Dalai Lama) a piece of dhokla, Delhi and Mumbai have been obliterated by Chinese nukes (the US, targeting Islamabad in retaliation, managed to bomb Punjab). Bengal has seceded and become a Chinese protectorate. After the war, the newly formed Bureau of Reconstruction has consolidated most political power and the country is effectively run by a shadowy bureaucrat known as The Competent Authority. Bananas are purple; some people have extra limbs.
But there is so much about this India that mirrors reality. The destruction of New Delhi has sent real estate prices skyrocketing; only the rich live in New New Delhi, while the poor who survived live in a ghetto. The rule of law is virtually non-existent, and the police carry rate cards for convenience. Slavery is legal, but it’s not just the poor who are enslaved. Professionals — doctors, engineers and plumbers alike — sell their skills to the wealthy, conditions not entirely dissimilar to the terms of contract employment. It’s a sobering thought, how little a leap of reason is required in order to accept the dystopian setting Chowdhury creates.
That sobering moment is what the best of satire seeks to create. Dr Strangelove works precisely because you end the film with the thought that nuclear armageddon is barely one crazy Colonel away. Like his influences — Mark Twain, Anthony Burgess, Sukumar Ray, Philip K Dick, Manoj Mitra; “an odd mix of some science fiction guys and some funny people” — Chowdhury brings great insight to his social commentary. Pintoo’s quest to find the correct moments to undo provides some of the best bits (Tarunda, a communist who helps in Pintoo’s education, feels that BR Chopra’s Ramayana is the root cause of communalism). But even in the events of the future, in the cynical moves of the rich and powerful, there are gems to be found. The Bank of Bodies, which takes body parts from poor “donors” to sell to its rich “beneficiaries”, decides to diversify its customer base by branching into the “low-margin, high-volume” religion business. “In religion, all that the customer gains is hope, and the possibility of return at some point in the undefined future”, after all.

Again, like in the best of satire, there is plenty of vitriol. In an interview in the offices of the advertising agency he works at in Delhi (having studied at Jadavpur University and IIM Kolkata), I ask Chowdhury if he wrote the book from a place of anger. “Elements of it were therapeutic. You can chuck shoes at the television set, or if you’re more of a hero, at actual people. But beyond a point, what’s that going to achieve? And obviously, being a Bengali, one way would have been to drink in the evening with buddies and do adda for hours on end. It seemed a little… yeah, I was really angry.”
The idea for the book came as he watched the Gujarat riots play out on television. “It really struck me how cheap human life is in this country. The basic thought process was, what if you had a country where life had no value at all. What kind of a country would it be if you corporatised that notion? I don’t think the Bank of Bodies is that different from Dr Kumar’s Clinic. The only difference is that Dr Kumar was too cheap to put in carpets.” It took him 11 years to write, made up of whatever free time he got at home and office (he isn’t particularly picky). “The thing is, when you’re trying to write a book about the near future, you need to be much faster. So I kept having to revise it.”
The accumulated labour shows in the scale of the book, which, at over 450 pages, is a shade too long. He’s still not done; there’s another book in the works that tells the story from the vantage point of the Bengal protectorate — “not a sequel, but an equal” — where he intends to tie up the few loose ends. In his review of the book, Indrajit Hazra has said that he’d rather it was “a collection of shorter stories set under the thrall of The Competent Authority”. It’s a fair point; the sheer bulk of the plot can overwhelm, and Chowdhury overuses the easy crutch of giving characters defining tics and mining it for gold. He redeems himself by being genuinely funny, papering over the weak spots by making his characters seem like absolute nutjobs, but absolute nutjobs you want to hear more about.
The Competent Authority is great satire, but immediately raises the question why there isn’t more satire, great or otherwise, in Indian writing in English. “That’s a very easy one,” he says. “It’s 5,000 years of history, which has made us inclined to be worshipful. In the Indian cricket team, a junior player will call Sachin Tendulkar, ‘Sachin sir’. If you’re acting in a movie together, one minute Sonakshi Sinha is smooching Akshay Kumar, but then on a television, she will say ‘Akshay sir is a great inspiration to me’. Satire, at some level, always demands that you make fun of somebody.” It’s changing, though, he says, with a new generation of comic writers, mostly bloggers, unafraid to get past their “inherent worshipfulness” and take potshots at those in power. (It doesn’t bode well, though, that the most successful satirists are essentially replicating The Onion. There are few truly original voices yet.)
Chowdhury holds the darkening national mood responsible for the nascent growth of satire, likening it to the genesis of Jewish comedy or even Pakistan’s mainstream acceptance of satire. He believes that only when things get really bad does a population grow a sense of humour. “You’ve really got to start worrying when funny guys start coming out of the woodwork.”
ajachi@tehelka.com 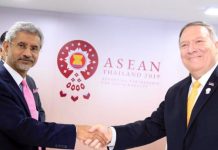 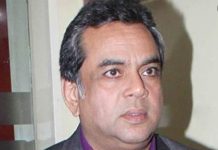 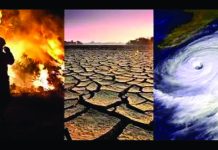