The Bombay High Court on July 30 has admitted the discharged application of Sadhvi Pragya Singh and Sameer Kulkarni, two of the accused in the 2008 Malegaon blast case.

“Colonel Purohit’s discharge plea has already been accepted by the Bombay High Court. Today, the plea of Sadhvi Pragya Singh, which was turned down by a trial court, has been admitted by the High Court,” Prashant Maggu,” the lawyer of the accused said.

The joint hearing in the case is scheduled to be held on August 13.

Six persons were killed and nearly 101 were injured on September 29, 2008, when a bomb strapped to a Hero Hondo motorcycle exploded in Malegaon town of Nashik District near a hotel at Bhikku Chowk.

Sameer Kulkarni, a printing press employee from Bhopal, was arrested soon after the blast and in November 2008, the Anti-Terrorism Squad arrested 11 people. Investigations revealed that Kulkarni is the planner of Malegaon blast.

Earlier, a sessions court in Mumbai granted bail to Kulkarni on a bond of Rs 50,000 on the grounds of parity.

Many feared dead in cracker explosion during religious procession in Punjab’s... 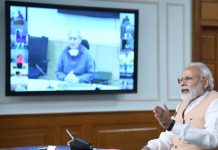