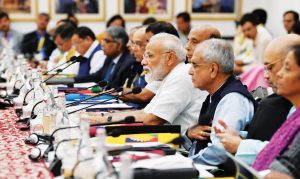 The goal of making India a $5 trillion economy by 2024 is “challenging, but achievable” with the concerted efforts of states, Prime Minister Narendra Modi said at the fifth meeting of NITI Aayog’s Governing Council. The meeting was attended by all chief ministers, except Mamata Banerjee (West Bengal) and K Chandrashekhar Rao (Telangana), and senior union ministers

Modi stressed that NITI Aayog has a key role to play in fulfilling the mantra of “Sabka Saath, Sabka Vikas, SabkaVishwas”. Recalling the recent general elections as the world’s largest democratic exercise, the prime minister said that it is now time for everyone to work for the development of India. He spoke of a collective fight against poverty, unemployment, drought, flood, pollution, corruption and violence.

The goal to make India a $5 trillion economy by 2024 is challenging but can surely be achieved and stressed that the states should recognise their core competence, and work towards raising GDP targets right from the district level. Amid several parts of the country facing drought-like situation, Modi called for effective steps to tackle it by adopting ‘per-drop, more-crop’ strategy

He said that the newly created Jal Shakti Ministry will help provide an integrated approach to water and states can also integrate various efforts towards water conservation and management.

Kerala Chief Minister Pinarayi Vijayan said that NITI Aayog has not “played the much-expected role of a facilitator” in the last four years and perhaps was not a substitute for the erstwhile Planning Commission. Vijayan, in his speech at the 5th Governing Council meeting of NITI Aayog, said that after doing away with the plans at the national level, states have lost the Gadgil formula, grants which they used to get as plan assistance earlier.

Besides, states now have also to bear a higher share — 40 per cent — instead of the earlier average 25 per cent in many centrally sponsored schemes, resulting in shrinking the State governments’ fiscal space, he said, adding that transformation of the Planning Commission to NITI Aayog has adversely affected states like Kerala, which had lost a source of funding for its Five Year Plans.

“I hope that my colleague Chief Ministers would agree with me that NITI Aayog in the present form has not played the much-expected role of a facilitator in the last four years. There is growing realisation that it is perhaps not a substitute for the erstwhile Planning Commission,” he reportedly said.

Vijayan said Kerala was continuing with the Five-Year Plans and implementing many development programmes through its Thirteenth Five Year Plan. He said the centre has recently been spending on subjects in the State List, resulting in centralisation in design of welfare schemes, which by economic reasoning, could be effectively done by governments at the State and local level. “For a strong nation, a strong Centre, strong states and vibrant local governments are essential pre-requisites.”

He said the foremost aim to fulfill people’s aspirations was decentralisation of power to them as mandated in constitutional amendments. Vijayan said “incursions” into areas of legislative competence of state governments enshrined in the Constitution would weaken the federal system and make cooperative federalism lose its content, as well as its spirit.

Vijayan opposed the move for Agricultural Produce Marketing Committee (APMC) Act and said the “exploitative conditions “will worsen in all probability. He said states have their own legislation on reforming agricultural produce marketing as it’s an item in the State List of the Seventh Schedule of the Constitution.

He said Kerala has no APMC Act and the focus of the draft model act was on bringing incorporate farming and putting farmers in direct contact with corporate trading entities, with the expectation that their income standards would improve.

“In a society with highly unequal bargaining powers and monopoly power, these corporate entities would have the exploitative conditions will worsen in all probability. Our State has demonstrated that through peoples’ participation, intervention of the cooperative movement and the government, procurement of agricultural produce at fair prices is possible. We have taken effective steps in paddy procurement by ensuring remunerative prices for farmers,” Vijayan said.

On Left Wing Extremism (LWE), he said the security apparatus needs to be vigilant and curb any kind of extremism and terrorism threatening the peace and security of common people. “Regarding left wing extremism, it is our stated position that attention and focus has to be on the alleviation of conditions of deprivation and marginalisation in society.

At the same time, the security apparatus needs to be vigilant and curb any kind of extremism and terrorism threatening the peace and security of common people. Government of Kerala is addressing these twin concerns with equal importance,” Vijayan said.

He said the Kerala government felt states should be able to perform their constitutionally assigned developmental role effectively. “Kerala has the recent experience of not being ableto avail of assistance after the devastating floodsof 2018 because of the rigid fiscal constraintsbeing followed without the needed flexibility. The gravity of this can be realised only when considered against the fact that the State suffered damage amounting to Rs 31,000 crore, which is approximately 4 per cent of its Gross State Domestic Product,” he said.

Andhra Pradesh Chief Minister YS Jaganmohan Reddy has made a strong pitch to the Centre to grant special category status to the debt-ridden state and urged Modi to be “gracious” in fulfilling the promise made in Parliament and also in the BJP’s 2014 poll manifesto.

He was speaking at the fifth meeting of the Governing Council of Niti Aayog chaired by the prime minister. Expressing concern over the state’s rising debt-burden and a drastic fall in job creation, Reddy said: “The SCS (special category status) has become the essential lifeline for my state. Such being the reality it is disheartening when we hear several rumours and excuses for not granting special category status.”

He further said that the Union Cabinet on March 2, 2014, had also resolved to accord the SCS to Andhra Pradesh and instructed the then Planning Commission to take expeditious action to implement the decision. “However, due to lack of persuasion by the previous state government, the file remained without any action in the Planning Commission until its abolition on January 1, 2015, when NITI Aayog came into existence. Hence, it is crystal clear that there are no impediments whatsoever to conferring SCS on Andhra Pradesh,” he alleged.

On another excuse or argument that few other states may demand the SCS if given to Andhra Pradesh, Reddy said, “This is also the first time that the state demanding bifurcation took away the capital city that contributed significant revenues, while the residuary state was denied the capital city.”

In the meeting, Reddy also alleged that “mis-governance and institutionalised corruption” of the Telugu Desam Party (TDP)-led government in the last five years have left the state with empty coffers, high unemployment, lack of investment in infrastructure and industry, a sharp deterioration of public education and health system.

Reddy said, “Given this disheartening scenario, I wish to emphasize that grant of SCS is an essential imperative to compensate the state for the economic and financial deprivation and help launch it on the path of development trajectory.”

The grant of SCS would mean higher grants-in-aid and special industrial incentives such as Income Tax exemption, other concessions and exemptions pertaining to GST, he said.

The interest on the debt alone is projected to be over 20,000 crore per annum, in addition to the repayment of principal to the tune of another 20,000 crore, he said. Further, there are huge contingent liabilities in the form of guarantees given for loans availed by the state government entities. On the other hand, employment generating potential has also dropped drastically, he added.

The special category status has been one of the primary demands of political parties in Andhra Pradesh since its bifurcation in 2014. The TDP-led by N Chandrababu Naidu, walked out of the National Democratic Alliance last year after the Modi government did not
accord the status to the state. In July, the TDP moved a no-confidence motion against the Modi government, which the government won after a 12-hour debate.

Assam Chief Minister Sarbananda Sonowal sought enhanced assistance to the people affected by natural calamities like floods, which hit the state every year. Addressing the 5th governing council meeting of the NITI Aayog here, he raised key issues pertinent to the state’s development and underlined the future roadmap for state and central government’s partnership.

He stressed on the need for effective management of flood and erosion problems afflicting a large part of Assam every year, a state government release said.

Sonowal pointed out that the norms of relief and rehabilitation provided to the flood-affected people according to Disaster Relief Fund guidelines are low and sought its increase substantially. He also vouched for NITI Aayog’s intervention to include river erosion in the admissible list of calamities for funding under National Disaster Relief Fund or State Disaster Relief Fund so that quick and timely steps can be taken to counter erosion.

Thanking Modi for setting up a high-level committee for proper management of water resources in the Northeastern region under the chairmanship Vice-Chairman of NITI Aayog, Sonowal said suggestions made in the draft report of the committee would go a long way in finding a permanent solution to the problems of flood and erosion in Assam.

The chief minister also informed that the state government had made remarkable progress in addressing the needs of the seven selected districts of the state and an amount of 28 crore had been kept in state budget of current financial year for taking up new activities in those districts.

He said in order to achieve Prime Minister Modi’s target of doubling the farmers’ income by 2022 in the state, satisfactory results were showed by the ‘Chief Minister’s Samagra Gramya
Unnayan Yojana’ that was launched by the state government in 2017. 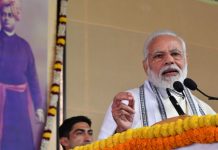 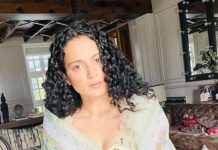 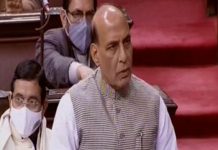