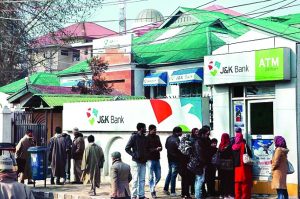 The Jammu & Kashmir Bank, the state’s only profitable old generation private sector institution, has been a subject of a charged political controversy after the Governor-led State Administrative Council (SAC) proposed to turn it into a Public Sector Undertaking (PSU). Major political parties like National Conference, the PDP and the Congress have vociferously opposed the decision, so have the civil society and the bank’s employees. They blamed the state government for pursuing a hidden agenda against the bank and sought an immediate rollback of the measure.

The government’s move came out of the blue. In a far-reaching decision on November 23, the SAC proposed to not only make the bank accountable to state legislature but also brought it under the purview of the Right to Information (RTI) Act and the Chief Vigilance Commissioner (CVC) guidelines. Established in 1938, the J&K Bank Ltd is the only state government promoted bank in the country, with the Jammu and Kashmir government currently holding 59 per cent of the shares.

The SAC didn’t explain much in terms of why the extraordinary measure was thought to be necessary. In a belated defence, the Governor Satya Pal Malik said the move was intended to strengthen corporate governance in the bank and ensure transparency. “By bringing it (J&K Bank) under the ambit of RTI and CVC will help bring greater transparency to its functioning,” Malik said.He also accused the opponents of the SAC move as being motivated by “personal or political interests” in the bank.

But such defence had few takers in the state.In fact, the former J&K Finance Minister Haseeb Drabu questioned Governor’s own motivation for the move. “Of course, I have a personal interest in J&K Bank. We have emotional equity in it. Your (governor’s) decision is against the state’s economic interest, and that’s against my political interests. Neither is mala fide. Wish one could say the same about your (governor’s) decisions,” tweeted Drabu, who has also been a former J&K Bank chairman.

Similarly, the move elicited strong reactions from Dr Farooq Abdullah and Mehbooba Mufti. Congress and Sajad Lone’s People’s Conference too opposed the move. And later the separatists also joined the opposition, seeing the move egged on by central government and designed to undermine “the state’s only profitable institution”.

“It doesn’t suit the governor administration to tinker with our institutions when a popularly elected government is not in place,” Abdullah said. “The SAC’s onslaught on the prime financial institution of our state, the J&K Bank, is done with a malafide intent. I know they (central government) have always intended to do so”.

Mehbooba warned of another mass unrest if the measure was not rolled back. She accused the Governor administration of creating.

But it was left to the bank’s employees to carry out the actual fight against the move. And they continued the protests over several days before Governor promised a review of the bank’s accountability to the state legislature. He also said that the word ‘PSU’ had no legal connotation. Though this went a long way to quell the simmering resentment, the questions still remained as to the government’s rationale to turn the bank into a PSU.

“As a PSU, the bank will be accountable to the state legislature, and the Finance Department will be required to place the bank’s annual report before the Assembly. The Governor says that the word PSU has no legal connotations but at the same time the bank is sought to be designated as one,” wrote a daily. “This is confusing. How can a company be a PSU and not be accountable to legislature. If latter is the case why not also withdraw the PSU tag itself?”

The controversy may not be resolved anytime soon, even though the Governor’s assurance to the bank’s employees has calmed some frayed nerves. “The governor’s administration needs to restrict itself to basic governance. No structural changes pertaining to J&K Bank are acceptable. Restrict your energies to what you are mandated to do — which incidentally you are not doing. Please don’t invent new problems,” Sajad Lone said. 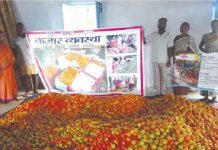