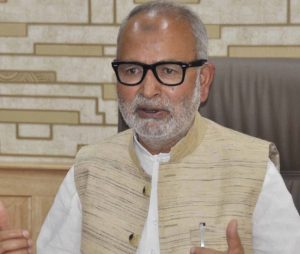 Has the PDP’s alliance with BJP proved very costly for the party?

The fractured mandate in 2014 Assembly election forced us to ally with the BJP. But our leader the late Mufti Muhammad Sayeed thought he could perhaps make a virtue out of an adversity. The BJP got almost as many seats from Jammu as the PDP did from the Valley. And Mufti sahib saw an opportunity to create a rapport between Kashmir, Jammu and New Delhi, completing the triangle.

Modi looked more than willing to walk the distance with us. He gave it in writing which became our agenda of alliance. Like his own agenda at the national level, it was like a manifesto for Jammu and Kashmir. But he went back on every word that was written in it.

Was the PDP-BJP alliance not welcome as an idea in Kashmir?

True. But we thought since we had struck a deal with a strong party and a strong Prime Minister who had a very large mandate. Also we thought since it was a right-wing party, it would give more concessions than any other party could. As Imran Khan is hoping now. But they did quite the reverse. The PDP found itself cheated by Mr Modi. Like so many others. This resulted in loss of credibility not just for the PDP but for the entire political mainstream in Kashmir which believes in Kashmir being a part of India and are the followers of India’s Constitution. This has cost us quite a bit.

But now your party is also being targeted by the BJP.

Yes, the BJP has tried to demolish our party, helped float new political outfits and also tried to take away our leaders. So, Modi is not only not addressing the sentiment of separatism in Kashmir, but also trying to demolish whosoever is already with Constitution of India. Those who accept the reality of J&K’s accession to India. His first priority is now to go after the PDP, go after the NC. This in turn has further reduced the trust of people in the mainstream parties. They think if we are also suspect, we are also in the firing line of the state of India why should they vote for us.

So, this realization has been a factor in the low participation in the polls. If there was a disenchantment with the PDP as there is with any ruling party because of the anti-incumbency factor, the voters could have come out and punished us by voting for our adversary. But this has not happened. Our adversaries are apparently more discredited. That is why this zero participation at so many places.

Hasn’t Kashmir witnessed much of an election campaigning?

You have normal structure of campaigning in the Valley. We held rallies. But this time rallies were also fewer and far between with much less attendance. There were many rallies in North and central Kashmir. But far fewer in South Kashmir. Largest rally will invite 3000 attendance and smaller rallies around 300 to 400. Besides, there was door to door campaigning. There were meetings in somebody’s home, in somebody’s balcony. There was no publicity material, no posters, hardly any flags. If we were more visible, it could also invite the wrath of militants.

What do you think has led to this deep disillusionment with your politics?

People don’t really expect us much to do. They don’t expect the political class to be able to do anything. It is only our diehard supporters who would vote.They would not pose you questions. Those who would didn’t either participate in our rallies nor vote. Even our supporters could not come out to vote in many places. The evolving situation has made them distrust the whole process. They think it doesn’t matter whether they vote or not vote.

There was this sweeping reluctance about the polling because of the overall atmosphere. There is a widespread feeling of negativity about the process. It is not seen as a mainstream activity. That sense of belongingness is not there. In Kashmir there is no element of pride in this. There is no ownership, no social approval to ballot.

How has New Delhi contributed to this state of affairs?

New Delhi has contributed by stifling the political process. Government of India has decided there is going to be no politics in Kashmir. And it has become now so obvious by their decision not to hold Assembly election. They don’t want politicians anywhere near the corridors of power. They have handed it over to their armed forces and their bureaucrats. For them politician is an alien to the situation. How can people now trust the politician when he is not trusted by the system.

I sell the people the idea of India. But the India that we know is dead. The India that my grandfather had acceded to with a hope of being part of a secular system, being a part of a democratic system is dead. The first election that was fought in India was in 1952 when I was born. But the first fair election in Kashmir was held in 1977. That much time democracy took to travel to Kashmir.

In 1989 why did Kashmir erupt? There were no doubt other external causes too — Afghanistan, Pakistan etc — but the major reason was that in 1977 and 1983 people had tasted their power to choose their government. In 1977 people elected Sheikh Abdullah in the face of a combined opposition by all the pro-India parties and local elements. In 1983 Farooq Abdullah fought a very bitter election against Mrs Gandhi and won with a landslide majority. But post-1987 that was reversed.Kashmiris felt boxed into a situation where they couldn’t even elect a local MLA.

But in 2002 India got back to holding fair Assembly elections in the state and which was fortunately followed up with a political process with an outreach to Pakistan. But this process is now again being reversed. 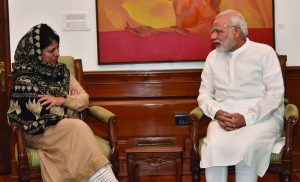 So where do we go from here?

Kashmir is not a single medicine prescription. It has to be dealt with at many levels. You have to have Pakistan around. You have to have local leadership around. So many things. What Modi did was that he cheated Kashmiris like he did rest of the country. But in case of rest of India cheating was different. It was promise about Rs 15 lakh in their accounts. It was jobs. It was other promises. In case of Kashmir, cheating was kind of a life and death issue. We thought he will open up more roads, he ended up closing even the roads we had been able to open after a painstaking process. He promised us to return the power projects he took away more from the state. Similarly he said he will review AFSPA, he didn’t do that but in fact unleashed more weapons of repression like the NIA. Now Kashmiris have nearest police station in Delhi.

Now the BJP is talking about withdrawing the already battered autonomy of J&K.

Ironically the party had pledged the status quo on the autonomy. It is the second clause in our agenda of alliance whereby the BJP promised it will uphold the special status of J&K.

Under the BJP rule, Kashmir has become the in-house Afghanistan of India, so that they can defeat it everyday and show it to their audience in Delhi that they killed so many people in Kashmir, that they arrested so many people. It is a safe and soft enemy. Dead bodies in Kashmir don’t matter.

Also, killings of soldiers in Kashmir don’t generate introspection that something should be done to resolve the issue in Kashmir. On the contrary such killings only harden the government against any political engagement which is unlike how countries in West deal with a similar situation.

I think J&K’s special status is going to be the BJP’s next Babri Masjid. Ram Mandir they could not built and it has lost its resonance among people. Now you will see J&K’s special status becoming an issue in coming elections: the BJP will keep repeating that they are withdrawing it or that they have already withdrawn it.

There was a process of reconciliation and resolution which had started rolling out under Prime minister Vajpayee in 1999 but we are witnessing a complete reversal of that process. It is kind of a hopelessness now. It is a dead-end for Kashmir politics as far as I understand it. That is, unless something bigger than Vajpayee process comes along in future.

Return and talk to me, Uddhav Thackeray to rebel MLAs camping... 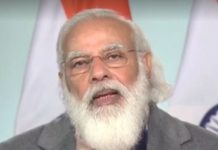 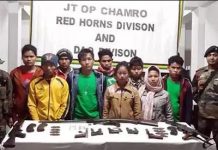 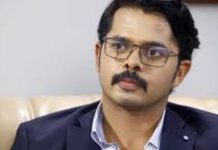