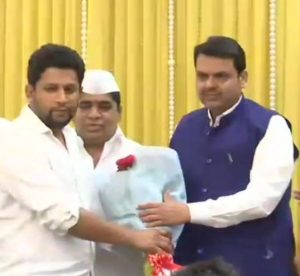 Ahead of the Lok Sabha elections 2019, Sujay Vikhe Patil joined the Bharatiya Janata Party (BJP) on Tuesday in the presence of Maharashtra CM Devendra Fadnavis in Mumbai.

Sujay is the son of senior Congress leader and Leader of Opposition in the Maharashtra Assembly Radhakrishna Vikhe Patil.

After joining BJP, Sujay lauded PM Narendra Modi and BJP President Amit Shah for their leadership and also thanked CM Fadnavis for giving him a chance to serve the party.

Sujay said he took this decision against his father’s wishes, but he will try to make his family proud by working under the guidance of BJP.

According to the reports, Sujay was upset over not being given a ticket by the Congress from the Ahmednagar seat which he wanted to contest.

The Congress has finalised its seat-sharing arrangement with the Sharad Pawar-led NCP for the Lok Sabha elections in Maharashtra, keeping 26 seats and giving 22 to NCP. However, the NCP was unwilling to give the seat to Sujay Patil. 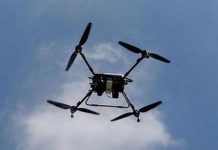