As political tussle between BJP and Shiv Sena entered 14th day, the Shiv Sena reportedly moved its MLAs to a hotel in Mumbai on Thursday. A delegation of BJP leaders meanwhile met Maharashtra Governor Bhagat Singh Koshiyari to discuss government formation in Maharashtra.

Fearing poaching bid by the BJP, the Sena today took urgent measures to sequester its MLAs. After a meeting called by Sena chief Uddhav Thackeray at his home “Matoshree”, the party moved all its MLAs to Rangsharda Hotel in Bandra.

However, the Sena remained adamant on the Chief Minister’s post. Sena leader Sanjay Raut said, “The Chief Minister will be from Shiv Sena. There is no change in the stand of Sena.”

He also asked that if the people’s mandate was for the Mahayuti (grand alliance), why the BJP was not staking claim to form government.

The BJP has repeatedly said that Devendra Fadnavis will continue for a second, full term.

Both the parties have been locked in a bitter tussle over sharing of the chief minister’s post since the assembly election results were announced. 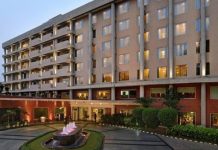