Shiv Sena leader Sanjay Raut has refuted reports that MLAs are being sequestered in resorts. He said, “our lawmakers are committed to the party. Those who are spreading such rumours should worry about their MLAs first.”

“No one can dare to come near Shiv Sena MLAs,” Raut added.

Regardless of the denial on record, sources said that preparations have been made to shift Shiv Sena MLAs to a five-star hotel in Mumbai.

Yesterday, Sharad Pawar, while talking to media had said that the mandate for his party and its ally Congress is to sit in the opposition.

“It is for the BJP-Shiv Sena to form the government,” he added.

The BJP and the Shiv Sena have been locked in a bitter tussle over sharing of the chief minister’s post since the assembly election results were announced.

Alliance partners Shiv Sena and the BJP have come at loggerheads regarding the much talked about 50-50 formula for power sharing in the state which according to Sena chief that the two had talked about before the election earlier this year. However, the BJP is not ready to accept the 50-50 formula. 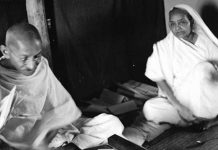