With the President’s Rule imposed in Maharashtra, the political drama has reached the doors of Supreme Court with Shiv Sena set to challenge the imposition of President’s rule in the state.

According to the sources, the top court will hear the plea at 10.30 am today.

The Sena moved the Top Court against Maharashtra Governor’s decision to reject its plea seeking three days’ time to get letters of support from the NCP and the Congress.

No political party has been able to form a government since the assembly election results were announced.

The BJP the largest party by winning 105 seats for the 288-member House, was invited by governor to form the government in state, but the party refused to stake claim, its ally Shiv Sena with 56 seats also failed Governor’s deadline on Monday. Sharad Pawar’s NCP, the third largest party with 54 seats, had got a deadline of yesterday to show the support of required MLAs needed to form the government.

The Union cabinet, chaired by Prime Minister Narendra Modi, met on Tuesday afternoon to discuss the political stalemate in Maharashtra and decided to recommend to the president to impose Central rule in the state. 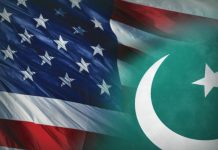