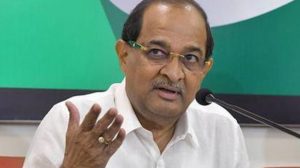 In a major setback to the Congress party, Veteran Maharashtra leader Radhakrishna Vikhe Patil on Tuesday resigned as a member of the legislative assembly (MLA).

According to the reports, he will be joining the BJP along with some Congress MLAs. There are speculations that Patil may join the Maharashtra Cabinet in the upcoming expansion.

The development came weeks after Congress’s poor performance in the recently concluded Lok Sabha Elections and months before the assembly elections in the state.

Bharatiya Janata Party (BJP)-Shiv Sena combine won 41 of the 48 Lok Sabha seats, while the Congress managed to win only one in the recently concluded Lok Sabha Elections in Maharashtra. 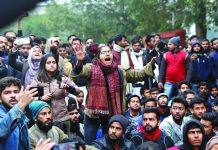