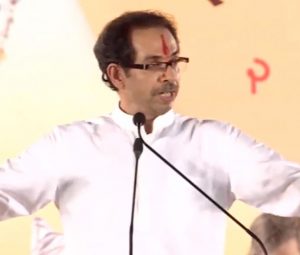 The important occasion came after weeks of tug of war and political twists and turns over government formation in the state. It saw the Sena and its ally BJP breaking their long ties over the chief minister’s post, followed by the coming together of the Sena, NCP and the Congress.

Several political leaders will be attending the mega event. However, interim Congress president Sonia Gandhi and party leader Rahul Gandhi’s attendance at the ceremony has not yet been confirmed.

Thousands of policemen will be deployed at the Shivaji Park in Mumbai’s Dadar for the swearing in.

NCP’s Praful Patel on Wednesday evening announced that the deputy chief minister of the alliance will be from his party and the speaker from the Congress.